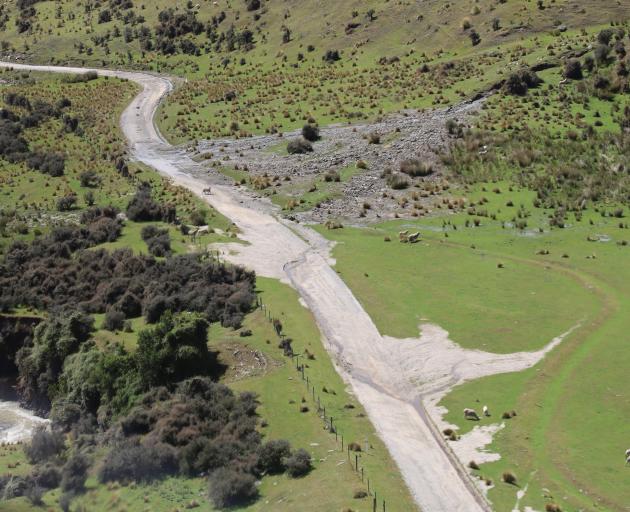 Danseys Pass was left a mess from floods in January. PHOTO: WAITAKI DISTRICT COUNCIL
The repair bill for flood damage in the Waitaki is set to cost more than $1 million.

The district was inundated with more than 70mm of rain from January 1 to 3, and more further up the Waitaki Valley as campgrounds were evacuated and people were asked to avoid travelling. 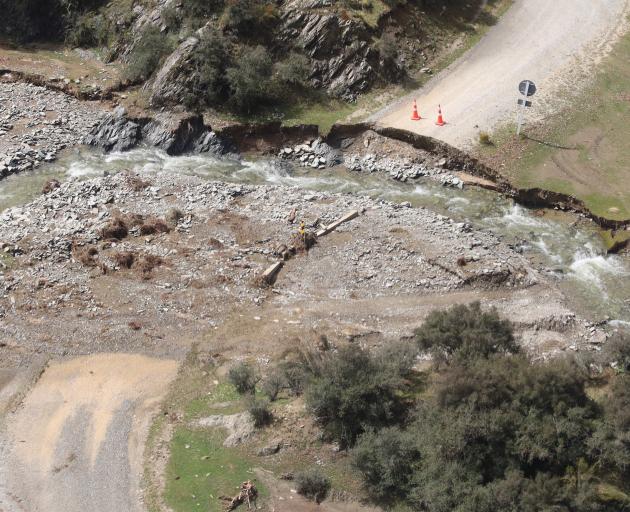 Parts of Danseys Pass were washed away during the flooding. PHOTO: WAITAKI DISTRICT COUNCIL

Danseys Pass was among the worst hit in the downpour, as the water scoured the road to half a metre deep in parts and sediment covered the surface.

It reopened nearly one month after the event.

Parson Creek Bridge in State Highway 83, near Otematata, also partly collapsed to due the damage. While the council was not responsible for that section of road, it managed the detours and planning of other work on those routes, Mr Harrison said.

There were 28 roads closed after the flooding, and the main problems were through Danseys Pass and the Corriedale areas.

"The damages and repairs were related the fast run-off of water, scouring roadside drains, and blocking culverts with debris ... blocked culverts then caused another level of water scour across and along roads," Mr Harrison said. 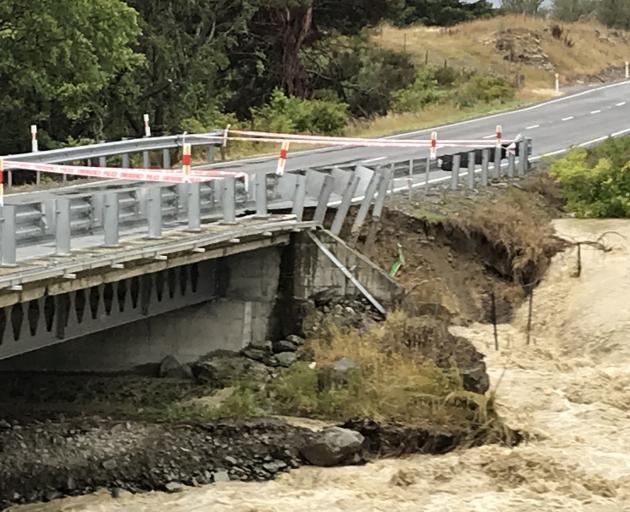 A section of Parsons Creek Bridge fell away because of flooding. PHOTO: ROBERT BAXTER
The completed repairs returned the infrastructure to the pre-flooding service levels, however there were still gravel roads to tidy up in the next grader cycle.

Fast work during the flooding helped mitigate damage, and the contractor response enabled the council to safely manage the roads for drivers.

Flooding events have a wide-reaching effect across the community, and the council was appreciative of the response to its clean up, he said.

"These type of events remind us how reliant we are on the roads ... and how they can be damaged in such a short period.

"We were blessed the rain stopped when it did as damage ... [was] compounding.