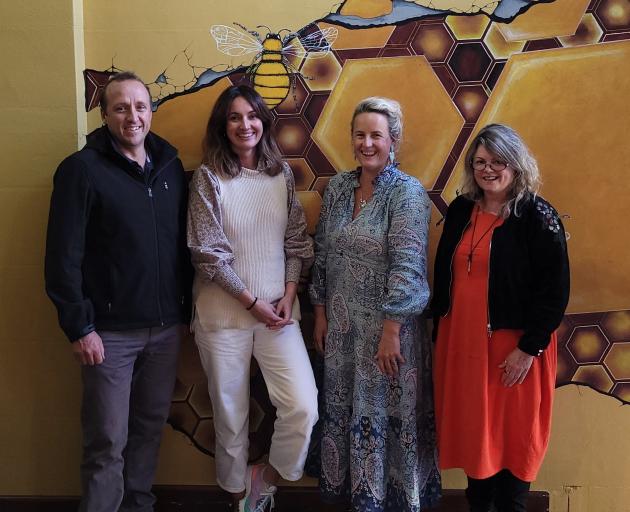 Yesterday was the official launch of the Waitaki Business Awards, which will be held on August 13.

The event is a continuation of the Oamaru Business Collective Awards, which were held for the first time last year.

The Oamaru Business Collective merged with Business South last month to create a stronger voice for businesses in the Waitaki district, and both organisations wanted to see the awards continue, organising committee member Annabel Berry said.

"It was a no-brainer," Mrs Berry said.

"We don’t often get a chance to celebrate business success.

"Everyone does it in their own little way in their businesses, but this is a real opportunity to stand up and say, ‘This is what [Waitaki] produces, this is what we’re achieving’."

The earlier timing of the awards was to create something positive for the town during the winter months, and to lead in to the Otago Business Awards, which are held later in the year

Category winners in Waitaki would be supported into the Otago Business Awards.

There had been some changes from last year’s awards, including the introduction of a new category.

"We had to go back and look at the categories to make sure that they were genuinely representing the businesses that we had," Business South Waitaki navigator Rebecca Finlay said.

The biggest difference this year would be the number of eligible businesses and the size of the awards night.

Last year’s awards night had been restricted to 100 people, due to Covid-19, and after the merger of the two organisations, there were 200 member businesses this year, compared with about 75 last year.

The organising committee had also decided to open up the new/emerging business category to non-members, who, in their first three years, might not have the funds to be a member of Business South.

"So it’s really nice to see new businesses coming through. We always want to support that."

The nomination and voting process will take place in the Oamaru Mail and online over June and July, and the public will vote for the winners of each category.

Any businesses wanting to sign up to Business South to be eligible for the awards have until the end of May to do so.

A venue for the awards is yet to be confirmed, and the organising committee is seeking somewhere that can take up to 400 people.

"We’re really thinking outside the square so we can have a really fantastic, big celebration," Mrs Finlay said.

The merger of Business South and the Oamaru Business Collective had been "such a positive move", Mrs Berry said.

"And we’re really excited about the future, actually, because now I feel like we are the true voice of [Waitaki] business — and so many benefits can come from that for all of our members," Mrs Berry said.

"We’re definitely better together. We are now really diverse — but that’s the nature of our region," Mrs Finlay added.