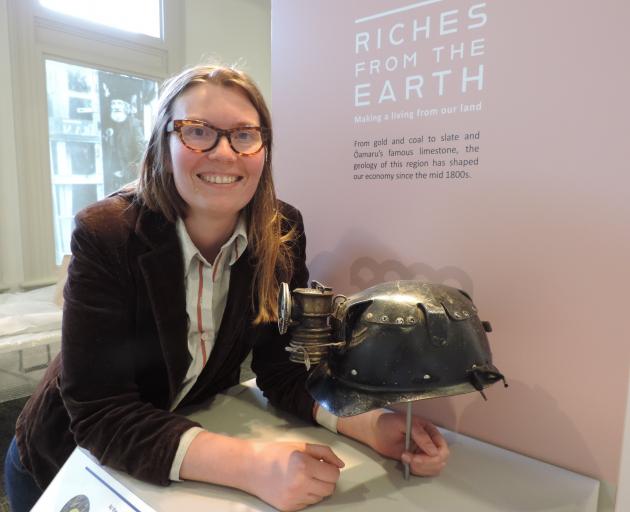 North Otago Museum curator Chloe Searle is looking forward to welcoming the public back to the museum from December 11. PHOTO: KAYLA HODGE
After being closed for almost four years, the North Otago Museum’s front doors are set to finally reopen to the public next month.

"For me, working in the museum ... it’s about caring and sharing," Ms Searle said.

"You care for the objects, that’s a big part of it, but what really excites me is sharing — the whole ethos of a museum is to be a place people can come and have information shared with them ... and they can share information with each other."

Since April 2016, the museum and Waitaki District Archive have only been open to the public through a side door in Steward St, while plans to amalgamate the museum, archives and the Forrester Gallery were afoot.

But in 2018, the Waitaki District Council changed course, ending its $6million redevelopment plan, deciding instead to pursue standalone upgrades for Oamaru’s cultural facilities.

Several events had disrupted stage one of the $1,435,000 upgrade of the museum and archives, including the Covid-19 lockdown, former museum director Jane Macknight’s departure and the Ohau fire.

Changes to the building include new display facilities, a refurbishment of the windows, walls and ceiling, a new heating system and the replacement of the floor.

Displays include the Waitaki district’s geology; the taonga of the district, including the Willetts Collection; the story of Ngai Tahu; and European arrival.

Hours were still being finalised, but Ms Searle hoped the facility would be open six days a week and mostly run by volunteers.

Stage two of the redevelopment would start next year, and would open up the second floor of the building to the public for the first time and include a lift.

"There’ll be an education room, a temporary exhibition space and there’ll be an exhibition that really picks up this story from the 19th century and goes into 20th century stories of this district — pretty excited to get into that," she said.