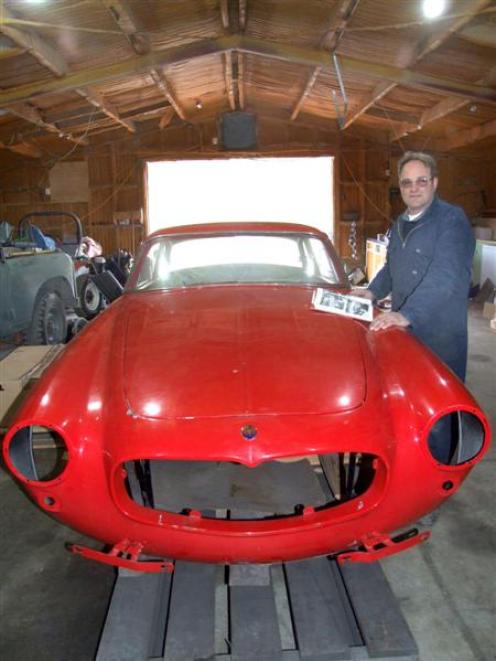 For Mr Tempero, who works out of converted poultry sheds just south of Oamaru, there is no sign of the recession hitting his business.

With at least two years of work ahead of him and his staff, which includes a new addition - his son, Caleb (18), who is now the fourth generation of the family involved in the motor body trade - business is brisk.

The Maserati arrived on Monday, but Mr Tempero will not be making a start on it until after Christmas.

In the workshop already are a P4 Ferrari for a Christchurch client and D-type and XKSS Jaguars bound for the United States.

The 1953 Maserati A6GCS series 2 Allemano is owned by an Auckland car enthusiast.

There were 50 chassis of the series 2 built by Maserati which were then given to other coach builders - including just 16 to the Italian coach-builder Allemano.

Mr Tempero described it as a "top end of the market" sports touring car which was "very quick" and capable of 145mph (233.5kmh).

The owner of the car had brought it from the US and planned to keep it in his car collection.

The original chassis was ripped out and used in racing sports cars in the 1980s.

Mr Tempero will have to rebuild the chassis, using an original motor but not the car's original motor, and wire wheels are being sent from Italy.

"I think it's quite special. It's a nice looking wee car," he said.