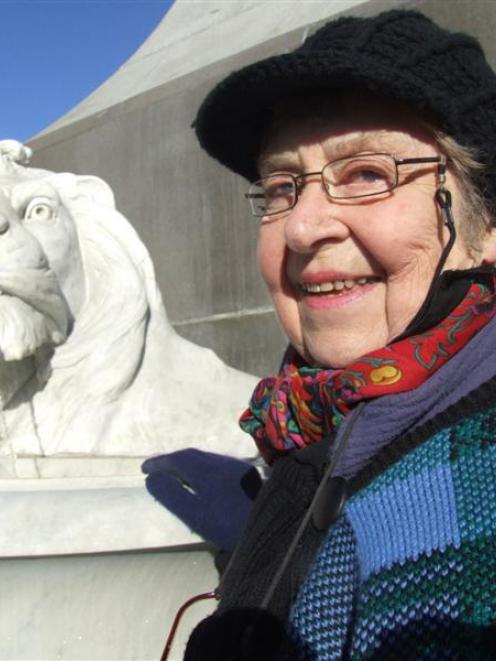 The Boer War monument was rededicated on its new site and the $3.2 million Thames St safety project officially opened at a ceremony in Oamaru on Saturday.

Mrs Gillies (84), who switched on the lion fountain on the monument, said she was honoured to do the job.

Her father, the late William Grave, rode his bike around the district fundraising for the monument, which cost 1700 and was first dedicated in 1905.

Waitaki district councillor Pam Spite described it as a "singularly incredible act", saying it was a magnificent effort to recognise those who lost their lives at war.

Shifting the 960 tonne, 12m high monument 40m south was a major part of the project to reduce the number and severity of crashes in central Oamaru.

Saturday's ceremony included a Freedom of the City parade to the memorial by the 4th Battalion (Otago and Southland) Royal New Zealand Infantry Regiment, which was then inspected by Waitaki Mayor Alex Familton.

Mr Familton said Trooper Jack - the statue on top of the monument - now had his own space and the sun on his face and was "a symbol of our freedom".

New Zealand Transport Agency regional manager Bruce Richards said the dismantling and reconstruction of the monument had been a major challenge and what had been achieved was a testament to the skills of those involved.