Emergency services at the Moeraki Boulders turn-off after a fatal accident in 2016. Photo ODT files
A multimillion-dollar plan to upgrade a deadly section of State Highway 1 in North Otago has been revealed.

The Waka Kotahi NZ Transport Agency (NZTA) plan is to install road safety improvements between Hampden and Palmerston - a stretch of highway where 11 fatal crashes have happened in the past 10 years.

This project was funded by NZTA  through the Safe Network Programme, part of the National Land Transport Fund.

A document seen by the Otago Daily Times said the project would include widening the road centre line, adding roadside barriers at high-risk locations and upgrading signs and general road markings.

The document, dated last October, said implementation of the project was planned for 2021 and 2022 and was estimated to cost $30.9 million in total.

An NZTA spokeswoman said the cost of the project was now estimated to be closer to $20.9 million.

The plan had been part of a bigger proposal that originally would have covered Oamaru to Dunedin, but that was put on hold in 2019.

Some improvements were made to a key section of the road in 2017.

The document said the change appeared to be making a difference to safety, but it was too early to provide "statistical proof".

The 22.4km stretch of State Highway 1 had been the scene of 11 fatal crashes in the past 10 years, including two major crashes last year. 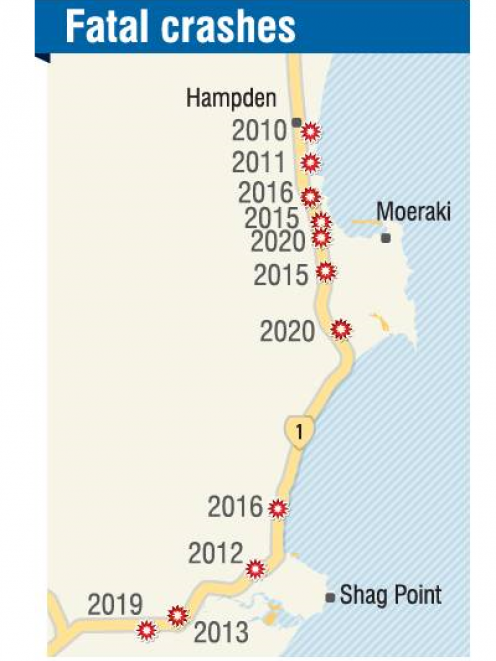 Auckland man Tane Roderick (42) died following a collision between a camper van, car and motorcycle at the turnoff to Moeraki on February 6, 2020.

Christchurch man 71-year-old Raymond Brent Gordon (known as Brent Gordon) died after a crash at Hillgrove, near Moeraki, on December 18, 2020.

The document said the section of the highway was "undulating and winding throughout with vertical crests often marked with no-passing lines".

Curves in the road with poor passing sight were also not consistently marked with no-passing lines.

Along the coastline there were some locations where the edge of the road dropped away down to the beach, particularly around the Shag Point end, it said.

"The drop-off is approximately 8m to the beach below."

At least one safety barrier was known to flip vehicles that crashed into it.

That occurred in 2011, when a southbound truck was involved in a head-on crash and got "ramped" by the barrier, causing it to crash into the water below.

There was also no alternative route if a crash closed the 6km section of the highway from Hampden to the Horse Range Rd intersection, which meant that serious crashes could cause major network disruption, the document said.

"As this is the only viable route connecting Otago and Southland with other northern coastal towns and cities, any road closures can have a large knock-on effect."

NZTA is asking for tenders for a consultant to assess the plan before it is given final approval. 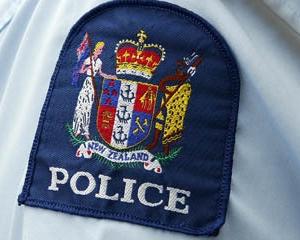 That stretch of road is bad, as there are lots of places that have blind spots and sudden dips. However motor cyclist who wear all black and ride dark bikes are also at fault. Many a time I have been startled by a rider suddenly appearing and passing whereas before the road was empty. Riders appear to think they can pass any time, even when on double yellow lines. They weave in and out of traffic and are impossible to see. They blend in against the road and I have yet to come across one that keeps within the speed limit. They may think it is manly and cool to dress in dark clothing but these do not save lives. All Cyclist where push of motor should wear high viz clothing.

Some very unhelpful generalisations here. Not all motorcyclists dress like this or behave in this manner. The vast majority of motorcyclists are actually acutely aware of how vulnerable they are and are hyper-alert when riding. Many motorcyclists have a pretty negative view of the behaviour of car drivers too, so it cuts both ways.

NO passing lanes please. They just cause motorists to ALL speed up and so you still can't pass slower traffic.
Slow vehicle bays are the answer, like further down the highway.