Mother of teen killed in Oamaru: 'I don't hate him' 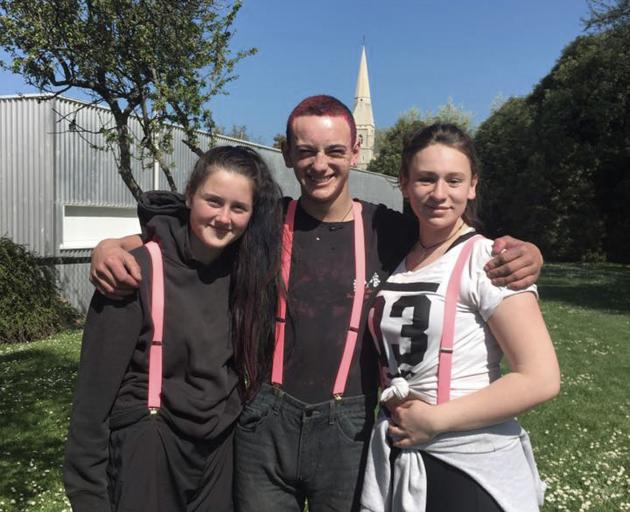 Wendy Blackie arrived at the scene moments after her daughter, Zara Joy Blackie, was struck by a car in Severn St about 10.40pm.

She held the 14-year-old's hand as people tried, in vain, to keep her daughter alive.

Speaking to the Otago Daily Times yesterday, with husband and Zara's father Ross Blackie, Mrs Blackie said she bore no ill will to the driver of the vehicle that struck their daughter.

A 30-year-old Oamaru man was arrested on Wednesday and charged in relation to the incident.

It is believed speed was a factor.

"The guy that hit her, he's really hurting too. He's a person. Yes, he was going too bloody fast, but it's an accident. He's scared and I don't hate him," Mrs Blackie said.

Zara was everything a parent could want in a daughter.

"What sort of girl was she as a daughter to us? A beautiful one. She was caring, helpful and very motherly."

That motherly side was often on show at the family home, where Mr and Mrs Blackie cared for several foster children.

That was one of the things Mrs Blackie said she would miss the most about her daughter - her willingness to care for her adopted siblings.

"In this day and age we're all so busy. Two working parents, a houseful of children coming and going. She was a big part of the fact this house has so many foster children going through it. It takes the whole family to run it. It's not something Ross and I do by ourselves.

"Sure, we go through times when it hasn't been like that, when she wants to be somewhere else or doing something else, because she's a teenager."

Zara was the kind of person who would do whatever it took to make sure the people she cared about were safe and well.

She died doing what she always thought was the right thing to do - putting the welfare of another before her own.

That was exactly what she was doing the night she died, when she left her home to see her boyfriend, whom she was concerned about, Mrs Blackie said.

"This happened because she was following her heart ... to see her love and to make sure he was OK. In her head and heart, she said `I have got to make sure he is all right'." 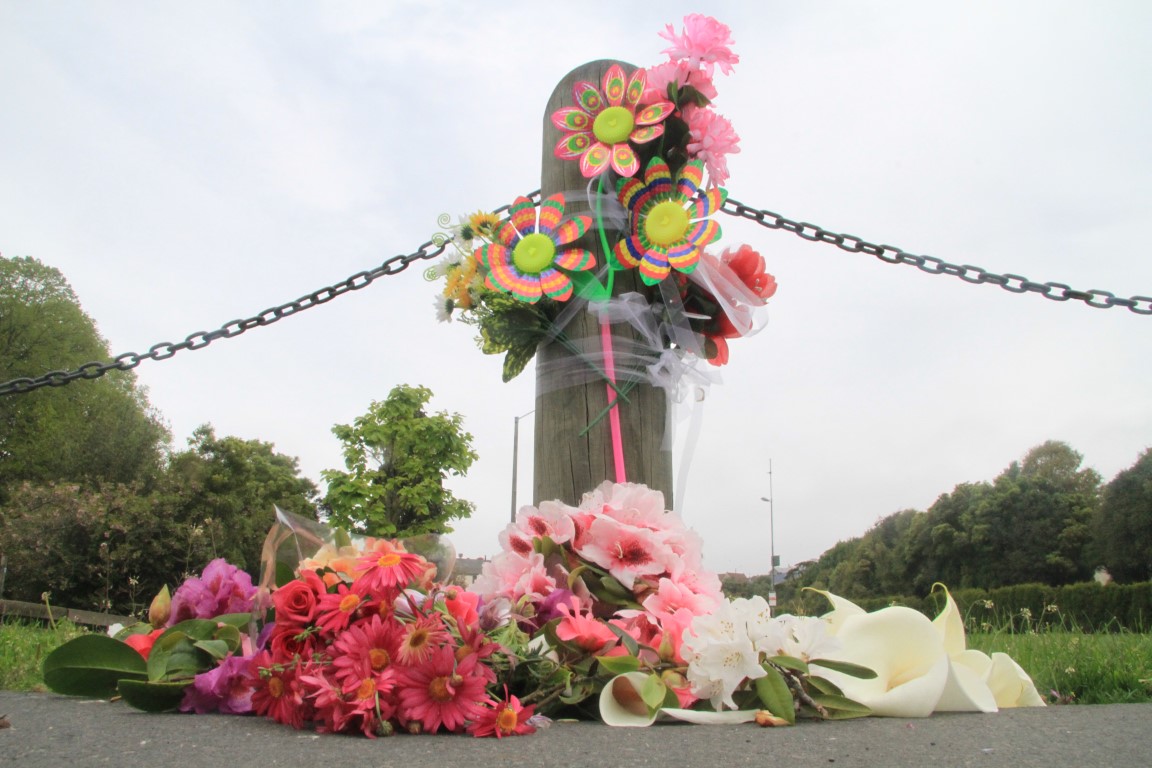 A floral tribute left at the scene. Photo: Hamish Maclean
When the Blackies arrived at the scene, an ex-Army medic who was passing at the time and emergency services staff were trying in vain to save Zara's life.

Resuscitation efforts continued in the ambulance and at Oamaru Hospital.

Mrs Blackie held her daughter's hand when she had the chance.

Reflecting on Zara's life, her foster sister Jo-Ann Hall (30) said Zara was a "sassy, fun and happy" girl who enjoyed simple pleasures such as drawing and doing people's hair.

A keen netballer, Zara played goal keep for an Athletic netball club team and was "aggressive" on the court, according to her good friend Rakyla Masters (14), whom she met at Papakaio School several years ago.

Zara's brother Hayden Blackie (16) said he shared many happy times with his sister, including several days ago when they both "dressed up in pink suspenders and scary masks" to frighten people.

"That was one of the last times we were hanging out.

"She would light up a room. We would be bored as hell and she would rock up and yell `what's up?'. That was just her."

"We used to talk all the time," Ross Blackie said.

"She would tell me what she was worried about and try to reassure her. When she was younger we'd go shopping and buy her new clothes and stuff, but she would never ask for much.

"As she got older I wasn't good enough because I didn't like the clothes she wanted. We were at The Warehouse in [Balclutha] recently and we bought her some new clothes. She was so, so happy. We were there for about an hour because she tried on the whole shop."

Zara was born in Dunedin and lived for several years with her family in Balclutha and Southland.

The family moved firstly to Awamoko about seven years ago, before relocating to Oamaru about four years ago.

Since the accident mourners have left floral tributes at the scene.

A Maori blessing to remember Zara will be held at the Oamaru skate park at 2pm today.