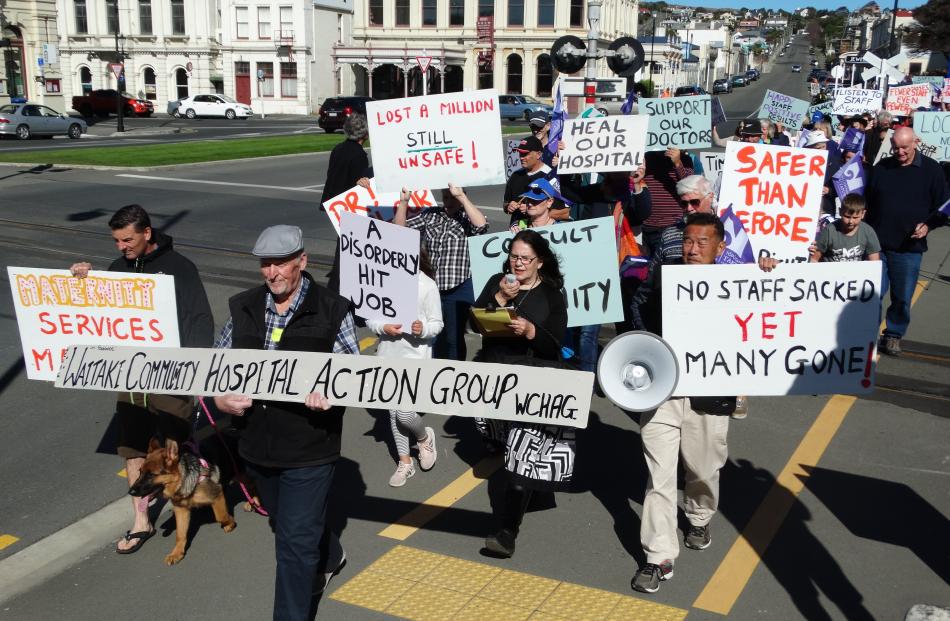 2019 was a difficult one for Waitaki District Health Services, which owns and operates Oamaru Hospital. 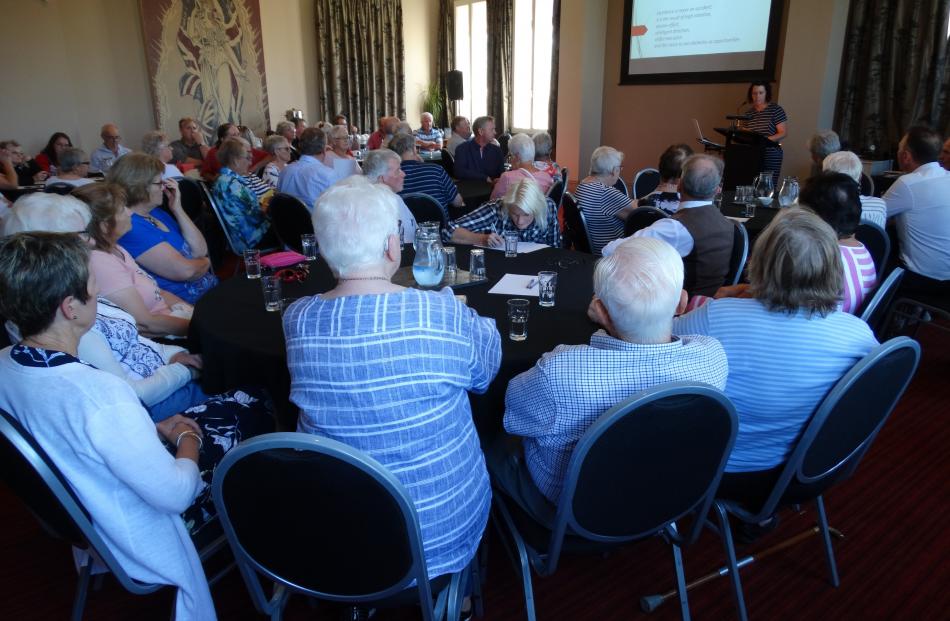 About 45 people attended the first of four community meetings on proposed changes at Oamaru Hospital at the Oamaru Opera House in March.

2019 was a year of change and controversy for Waitaki District Health Services. Reporter Daniel Birchfield reflects on the year for the Waitaki District Council-controlled company that owns and operates Oamaru Hospital.

From proposals and meetings to calls for resignations and protest marches, the past 12 months have been trying for Waitaki District Health Services.

In early February, the company announced a restructure of its organisation.

The full details of the plans were revealed when the Otago Daily Times obtained a copy of a confidential "proposal of change" document distributed to staff that included a staffing restructure and the reconfiguration of the hospital’s layout to increase efficiency.

The document was met with a large amount of negative feedback in community discussions — particularly on social media platforms — which caused public unease.

From the outset the company was criticised for how it was perceived to have handled the announcement, both in terms of how it was presented to hospital staff and then communicated to the public.

That drew the ire of Waitaki Mayor Gary Kircher, who made his feelings known in the ODT on February 16.

"The board and management have a vision for what they want to achieve and it’s actually more services, not less. But they haven’t been proactive enough in sharing that with the public and that’s where they have really let themselves down,’’ he said.

"The issue with the Oamaru Hospital is it was always going to attract a lot of attention and emotions, and quite rightly so. My belief is the communication from the hospital to the wider public needed to be as upfront as possible and most importantly, explain the reasons why it needed to be done."

WDHS chief executive Ruth Kibble defended the communication of the proposal, which she said was ‘‘strictly confidential to WDHS, its staff and board’’.

On March 1, about 100 members of the group and its supporters, including some hospital staff who symbolically gagged their mouths with scarves, staged a peaceful picket at Takaro Park, which borders the hospital.

At the time Dr Clayton said the group chose to picket because it considered the proposed disestablishment of some roles to be a "major risk" to the community as a whole.

Those present at the meetings were assured that services at Oamaru Hospital would not be cut.

Changes to the hospital’s staffing structure were announced on April 8.

On April 13, the group marched from the Oamaru Farmers’ Market to Takaro Park, a decision Dr Clayton said was made "because there is destabilisation of staff and service delivery", among other issues.

About 150 people took part in the rally from the Oamaru Harbour area to Takaro Park, many with placards demanding company chief executive Ruth Kibble and former board chairman Chris Swann, who stepped down, resign.

Later in June, she claimed the group was "stonewalled" as it raised concerns about an increasingly unsustainable staffing situation at the hospital.

In August, after a period of little activity, the group announced it would present a petition to Mr Kircher asking for an independent survey of staff satisfaction.

That petition gained 1200 signatures and was presented last month.

In an emailed statement, Mrs Kibble said 2019 had been a year of change.

"It has been a big year with an enormous amount of work and energy devoted to improving standards and processes so that the quality and range of services meets the needs of the local community.

"Our work this year has been challenged by the internal pressures of achieving financial sustainability, with dependency on the locum workforce being a significant factor.

"We are working closely with our shareholder, the Waitaki District Council, to ensure there are robust plans in place to achieve financial sustainability into the future. This will be a major focus of 2020, as we seek to improve our financial position, extend our range of revenue streams and ensure we operate as efficiently as possible."

Mr Kircher was more pointed in his assessment.

"It’s been a very trying year for many people and certainly not a year anyone will want to repeat. There’s been some necessary change, but it’s been particularly tough on a lot of people and that’s the one thing I’m disappointed in, it being as tough as it has.

"The hospital company needs to keep telling its story and do a better job at telling people what the vision is for the hospital."

"We think the WDHS had a number of options to manage this difficult situation however the change model they chose predictably destabilised the workforce and paradoxically led to significant expenses that seemed to have been missed in the risk-benefit analysis of their restructure, if in fact there was one.

"There have been facility changes which were driven to create efficiencies such as having all the acute activity in one place.

"The problem we see with the rapidity of the facility changes is the lack of alterations to get the right conditions for stabilising before the moves took place.

"These aspects and many others have placed a previously stable workforce under so much pressure that that the numbers exiting the organisation have been astronomical by any rural facilities’ standards. Those that remain are facing stresses that aren’t being alleviated and the trend of staffing leaving the organisation is set to continue."