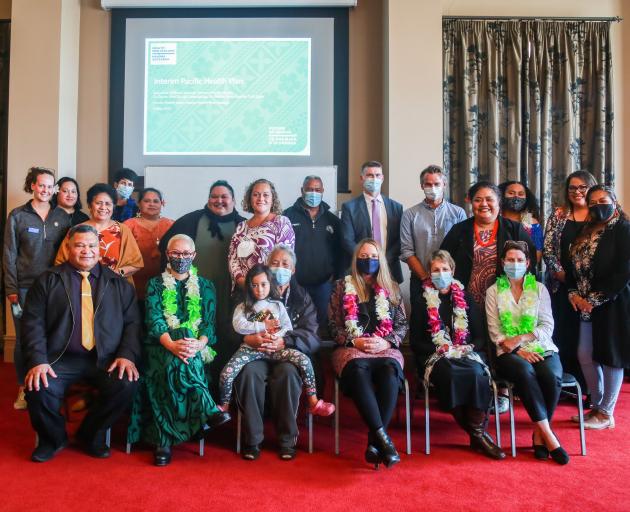 Ms Clifford-Lidstone was in the Waitaki district on Monday to meet representatives from the Oamaru Pacific Island Community Group, Waitaki District Council, and health services, and discuss the priorities and structure of the new interim Pacific health plan.

Oamaru’s Pasifika population continued to grow, and it was important the issues they were facing, and their needs, were taken into account in the new plan, Ms Clifford-Lidstone said.

"As we move forward into this new reformed health system, just seeking their insight into the interim Pacific health plan is so important for us to confirm that we’re on the right track, in terms of what we’re prioritising and, if there are any gaps, that they have a chance to tell us what they are."

Ms Clifford-Lidstone, who is also the interim Pacific lead at the interim Health New Zealand organisation, said she had a soft spot for Oamaru.

She heaped praise on the Oamaru Pacific Island Community Group and, in particular, manager Hana Halalele, for her leadership and ability to mobilise the community.

"I always make a point of coming to Oamaru because, to me, it’s a really good template for other small, growing communities around New Zealand."

Mrs Halalele, also a Waitaki district councillor, said she agreed with a lot of the interim health plan’s priorities.

Life expectancy for Pasifika and Maori was "significantly lower" than counterparts’, showing "the amount of work we have to do". It was important to look at all components of health and wellbeing, such as education, employment and housing.

Mrs Halalele was in regular contact with the Ministry of Health. Waitaki deputy mayor Melanie Tavendale, who attended Monday’s meeting, said the relationship was "making such an incredible difference to our community".