Parade a celebration of all things Waitaki 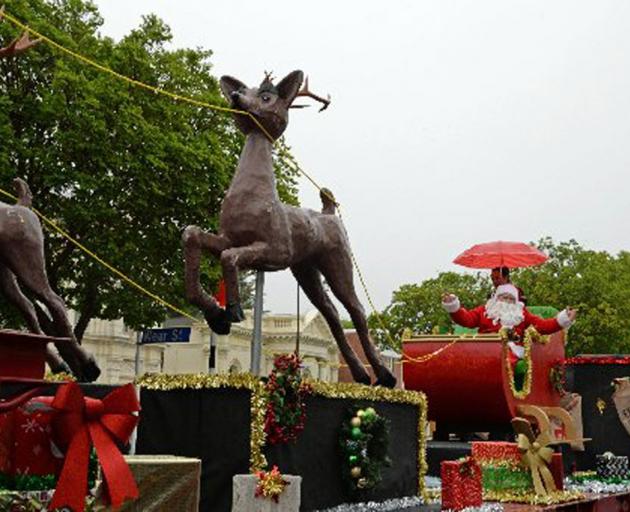 Santa is the most awaited part of the parade.PHOTO: ALLIED PRESS FILES
This year's Oamaru Christmas Parade will celebrate not only the festive season but also the Waitaki district's diversity, its organiser says.

It will be held on Saturday, November 30, and will start outside McDonald's Oamaru before it makes its way along Thames Highway and lower Thames St to the Oamaru I-Site.

Organiser Anton Roswell said the parade was vastly different from others he had been involved in organising, such as the Christchurch parade, and was a true reflection of what made Waitaki what it is.

"When I did it for 11 years in Christchurch, it was very much sit in a special float and groups of people would support the float and that was it.

"Here, in a smaller town, it is a chance to say Santa Claus is coming to town and use it as a chance to celebrate what the whole district is."

That includes not only the cultural diversity of the district, but also the role agricultural and industrial businesses have played in the growth of the district.

There will be vintage vehicles including cars and tractors, animals including horses, members of car clubs with their vehicles, plus others to be revealed on the day.

"We are honouring the heritage and those who are putting back into the community," he said.

Of course, the man of the hour will also be there - Santa himself.

"The appearance of Santa in his specially built sleigh complete with his reindeer, is always the most awaited part of the parade.

"Watching the faces of the children and those of their parents when Santa comes into view is something very special."