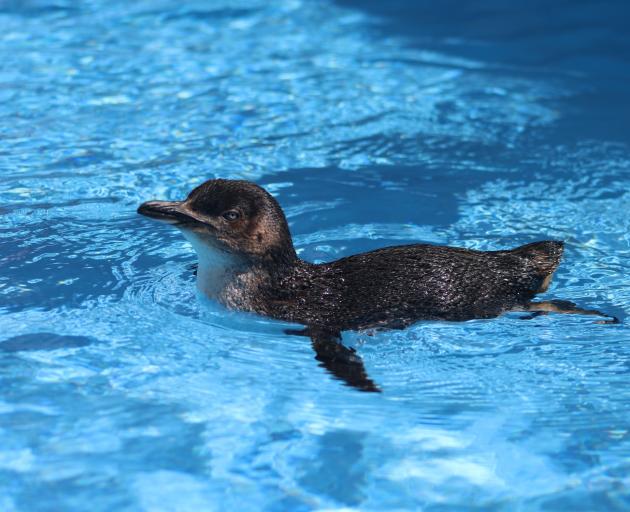 The little blue penguin is the latest visitor at the Oamaru Blue Penguin Colony’s rehabilitation centre, having been transferred from the Dunedin Wildlife Hospital last week.

Dani was treated at the hospital before the colony took her on to help her gain weight.

Science and environmental manager Philippa Agnew said Dani was very thin, weighing only 606g, and was not microchipped.

"So we don’t know where she’s come from."

The Oamaru centre would look after Dani — who was slowly starting to relax in her own private pool — and she would later be released back into the wild.

Dani was the second little penguin to visit the colony this season, Dr Agnew said. Another bird, Alice, was in the rehabilitation centre before Christmas.

Alice was found in Harbour St, Oamaru, where several penguins had been seen recently, and still had a lot of downy feathers.

Alice spent six days in rehabilitation, putting on weight and losing her downy feathers, before she was microchipped and released.

The colony also cared for a juvenile yellow-eyed penguin for a day last week.

The rehabilitation centre had been "really quiet" this season but there was always a lot going on behind the scenes, Dr Agnew said.

Across the Oamaru Blue Penguin Colony and Oamaru Creek Reserve, 568 chicks had fledged so far and she predicted there would be about 800 by the end of the season, compared with 914 last season.

Breeding pairs had increased from last season and the colony hit a record of more than 400 penguins coming ashore for several nights.

In the next few months Fiordland crested and yellow-eyed penguins would turn up on the Oamaru coast, and it was important people contacted the colony, or Doc, if they noticed birds in unusual places or had concerns.

It was also important for people to be mindful of wildlife when they were at the beach with their dogs, Dr Agnew said.