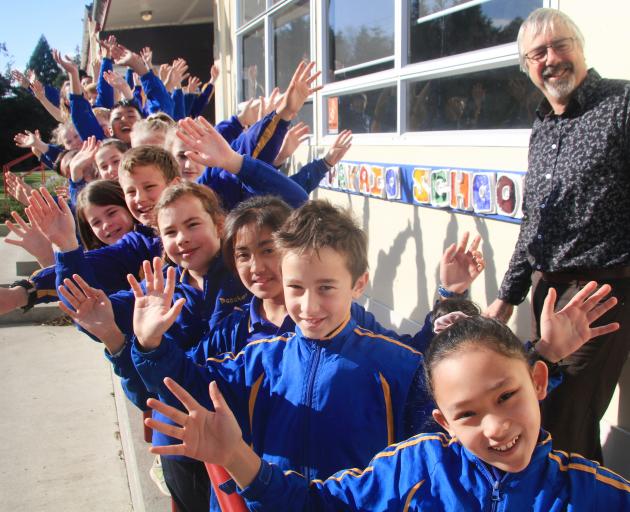 "It's the people," Mr Shirley said.

The year 1 to 8 primary school has this winter had its strengths not only recognised by the Education Review Office (ERO) but also by Education Minister Chris Hipkins.

Mr Hipkins wrote to the school's board of trustees chairman Ian Elliott to commend him, the board, and Mr Shirley for their leadership - and to commend the staff at the school "for their focus on learner achievement".

"In particular, I note the positive impact the school is having responding to children whose learning and achievement need acceleration," the minister wrote.

A spokeswoman from the minister's office confirmed Mr Hipkins wrote letters to 13% of schools evaluated this year that had a strong enough report by the ERO to warrant the congratulatory letter.

"It is a vote of confidence," Mr Shirley said.

"You do what you do because you believe it's really good for children and their learning. And I've got an amazing team that work really, really hard. You put your head down and you just get on with it."

What was "really significant" was that this was the second consecutive such evaluation for the decile 9 school with a role of 133.

In 2014, the school had a similarly positive evaluation.

"It's really good to know that when we're left alone to do what we believe is really good, that we've maintained and grown and continued on that journey of improvement - not that we'd ever arrive.