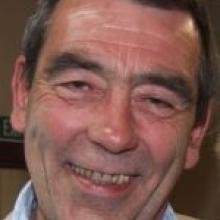 Bill Dean
Waitaki residents seem to be reasonably comfortable with a proposed average increase of 4.55% in the Waitaki District Council's total rates take for the 2011-12 year.

More than half the proposed rise is because the council must spend $600,000 upgrading water supplies to meet government drinking water standards.

While rate rises have created controversy in past years, most of the 187 submissions received this year on the council's draft 2011-12 annual plan relate to specific proposals and projects, rather than to rate rises generally.

The council will hear and consider submissions today and tomorrow before making a final decision on its annual plan on June 21.

Of this year's submissions, 82 are form submissions supporting the Oamaru Multi Sports Club request to develop a series of off-road tracks for walkers, runners and cyclists. The project also has some detractors.

One issue which has prompted opposition from organisations and individuals is a proposed boat ramp fee for Waitaki lakes launch facilities of $5 a day or $60 a season.

The Timaru Yacht and Power Boat Club, supported by the Otago Trailer Yacht Squadron and some individual submitters, have questioned the charges. The Timaru club has pointed out the voluntary work done by its members on lakes launching facilities and questioned whether they should have to pay charges.

Most submitters want any fees collected kept in a separate account and used only on launching facilities.

The council is also proposing to increase boat-mooring fees in Oamaru Harbour, a move opposed by Oamaru lawyer Bill Dean, who said it would be "unsustainable, unsupported and could potentially pose significant risk" to the council.

A proposal to build a Steampunk-themed children's playground using money from Resource Management Act contributions has been opposed by the rugby union, while North Otago Cricket suggests the contributions would be better used for a "large multipurpose indoor facility" over the next 10 years.

Other issues raised in submissions include harbour erosion, rural rubbish transfer station hours, the cost of upgrading water supplies, development of the Oamaru north end industrial park, redevelopment of the old railway yard near Oamaru Harbour, ideas for the Alps 2 Ocean cycleway, a "memorial place" for Otematata which is without a cemetery, and stricter resource consents controls on dairy farms.