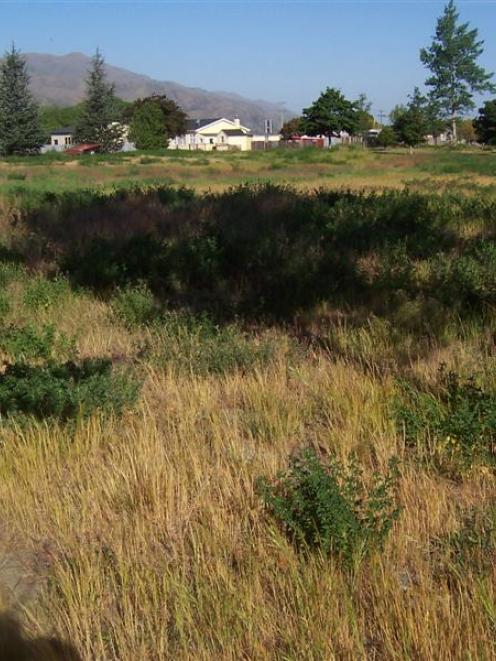 The unkempt-looking railway reserve through the centre of Kurow, from opposite the Kurow Memorial Hall, looking east towards Fitzroy St. Photo supplied.
A cut in mowing some reserves has come back to haunt the Waitaki District Council more than a year after it made the decision, with complaints about the state of one in Oamaru and those in Kurow.

Eleven Kurow residents have written to the Otago Daily Times "absolutely appalled" about the scruffy state of their town, despite repeated requests by them and others to the council to have reserves and grass verges mown.

Those requests "have met with silence".

"The council's policy of only cutting-watering these areas about three times a year is unsatisfactory, as every season is different," they said.

"The Waitaki district doesn't start at Palmerston and end at Oamaru." 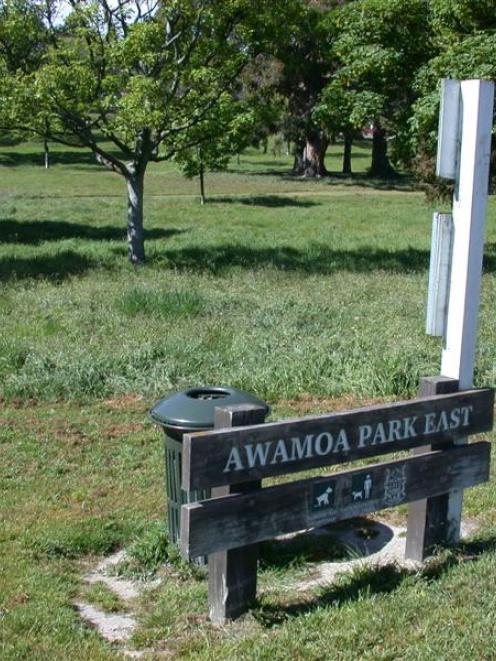 The Awamoa Park East reserve in Oamaru, which is drawing complaints. Photo by David Bruce.
One of the residents, Betty Hill, said when contacted that most reserves, including the Railway Reserve, which runs through the centre of town, were last mown in March-April. They were now overgrown with spring growth but, despite the issue being raised with the council, Waitaki Mayor Alex Familton and the Ahuriri Community Board, nothing had been done.

"The whole town looks very untidy. You can't just cut the reserves two or three times a year - you have to do it when it is needed," she said.

Mrs Hill works as a volunteer at the Kurow Information Centre and two tourists who had walked around the town recently had said it "looked scruffy".

The council has had similar complaints about Awamoa Park East between Awamoa Rd, Towey and Perth Sts, an area designated for exercising dogs.

Neighbours and other Oamaru residents have complained about the long grass, although the council does regularly cut mower-width tracks through it and the verge around the streets.

Last year, the council began a three-year trial of mowing less often in some areas, such as the arboretum areas in east and west Awamoa Park.

The trial was aimed at reducing costs.

"This practice is common in other areas worldwide. The trial takes advantage of parks best practice, and promotes sustainability," she said.

There were many other reasons for mowing less - often it offered a more practical solution, and healthier grass.

Cutting the grass less often in specific areas allowed the council to create a range of different parkscapes and experiences. This created even more opportunities for ecological education.

In Awamoa Park East, less mowing created more of a woodland environment, where paths were still mown for people to walk through easily, she said.

Both Kurow and Awamoa Park East were scheduled for two mows a year, with a third if needed.

The changes were part of last year's annual plan and open to public submissions before the council introduced the trial. It is saving about $30,000 a year.