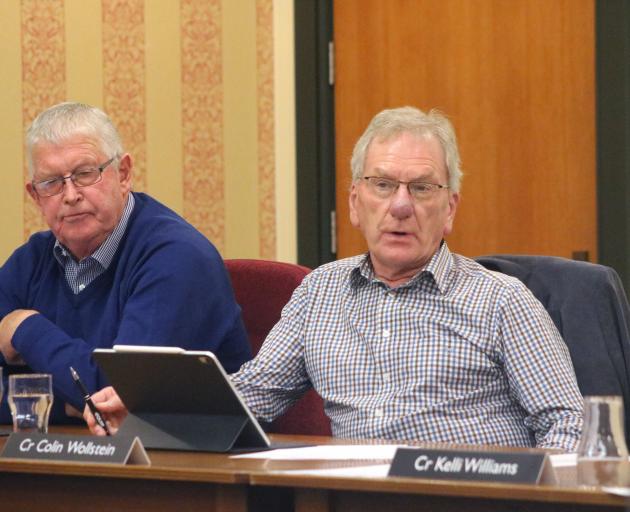 Applause from the public gallery filled the council chambers yesterday as seven councillors voted against the proposal.

Waitaki Mayor Gary Kircher and deputy mayor Melanie Tavendale were the only votes in favour of the proposal. Cr Kelli Williams was absent.

All councillors agreed St John was an integral part of the community, but those who voted against the proposal cited the loss of green space and strong, vocal public submissions against it.

Cr Bill Kingan said if the proposal had gone ahead, the council might have regretted its decision in the future.

"I think this is such a nice spot up there. To think that this is the only bit of land in the district to build a station on seems surprising to me," Cr Kingan said.

He believed the submissions against were well researched, and Cr Colin Wollstein agreed.

"A lot of positive people supporting the proposal made no reason given why they were in favour. Everybody agrees the present location is not the best, they need a new location, but just not on the park," Cr Wollstein said.

Cr Jim Hopkins said the arguments against were more persuasive than those in favour, and while he was against the proposal, residents needed to accept a new site could now come at a cost to them.

"I’d just signal that none of these things turn up free of charge" Cr Hopkins said.

Cr Ross McRobie said preserving green space was important to him which was why he did not support the proposal.

When speaking to the Otago Daily Times after the meeting, Cr Guy Percival said he could have voted either way, depending on community mandate, but he believed the public was clearly against it.

St John formally asked the council to lease the site in February, as its Coquet St premises were no longer fit for purpose.

However, one submission was signed by about 25 people and several opposing councillors said it should have been counted individually, and not as one submission.

Mr Kircher said yesterday’s decision was not taken lightly and he wished St John the best.

"We do hope that you end up with a good facility in the right location as soon as possible. The challenge is really to the community to step up, and provide you with the extra funding that is probably going to be needed," he said.

The council voted to assist St John in finding another location for its facility.

St John Oamaru was unable to be contacted for comment yesterday.