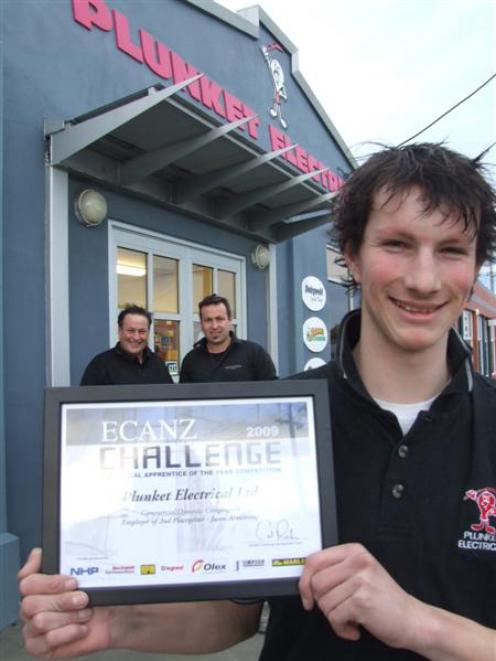 The top six domestic-commercial and the top six industrial electrical apprentices had been selected from 98 competitors throughout New Zealand.

They took part in the Electrical Contractors Association of New Zealand (Ecanz) national challenge final, which was held in Christchurch last week.

Mr Armstrong (20), who is serving his apprenticeship with Plunket Electrical Oamaru Ltd, has experience in domestic-commercial wiring and the operation of plant equipment in dairy sheds.

He has also been involved in contract jobs and general fault-finding on installations and equipment.

Mr Armstrong, who was "shocked" when his name was read out, said he thought the electrical industry would provide a challenging career, with good skills to learn that would take him places.

It was good to have such a high calibre of up-and-coming electricians, especially from Oamaru.

Plunket Electrical has nine apprentices and both Mark and Mike Rawson felt entering the competition was very worthwhile.

Mr Armstrong won $200 for winning the Otago regional competition, which was then matched by the company.

The other Southern finalists were Michael Russell, who was entered in the domestic-commercial section, and Shaun McInerney, who competed in the industrial section.

Both apprentices are from Invercargill.