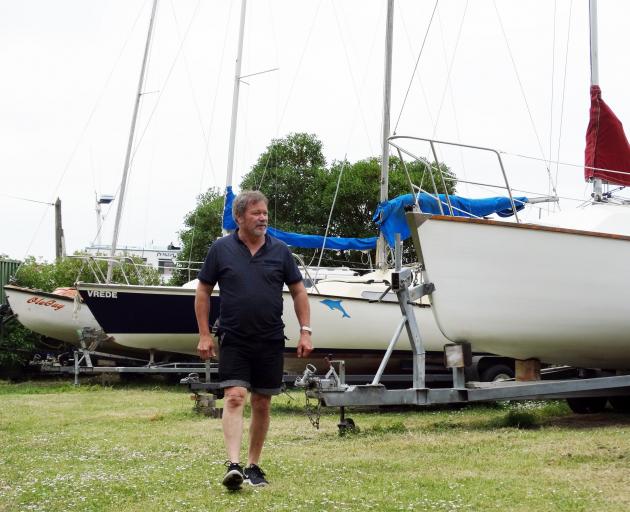 Club commodore Kevin Murdoch said there had ‘‘been a bit of grief going on’’ at Oamaru Harbour related to alleged thefts and was concerned they may continue if security was not increased.

The club was working with Safer Waitaki to install a security camera on its Waterfront Rd building that had a larger field of view and covered the entrance to its locked, fenced-off compound on the opposite side of the rail line.

There was one camera in place inside and Mr Murdoch was hopeful another could be added.

Several boats were interfered with in August when entry was gained to the compound, which has three rows of barbed wire around its fence.

Eight boats had covers slashed and a hydraulic line to an outboard motor on another was cut.

An outboard motor had been stolen from the compound, that holds about 25 boats at any given time, several weeks earlier.

Mr Murdoch said several other recent incidents were also cause for concern, including one reported in the Otago Daily Times last month when a dinghy was found washed up on the shore near Portside restaurant.

‘‘Sanfords has been interfered with (and) a boat on the slipway got broken into and had diesel taken out of it.

‘‘A boat out there when the dinghy was taken had a window smashed and they had gone through the boat, so there has been a bit of grief going on.’’

He identified the dinghy, which was usually moored on the opposite side of the harbour, and contacted its owner.

However, the owner confirmed the two oars, three life jackets, blanket and length of rope found in the dinghy were not theirs.

The mystery was yet to be solved.

Mr Murdoch suspected fuel was being targeted and advised boat owners to secure their boats, check them regularly and report any damage or thefts to police.