Swag of trophies on show 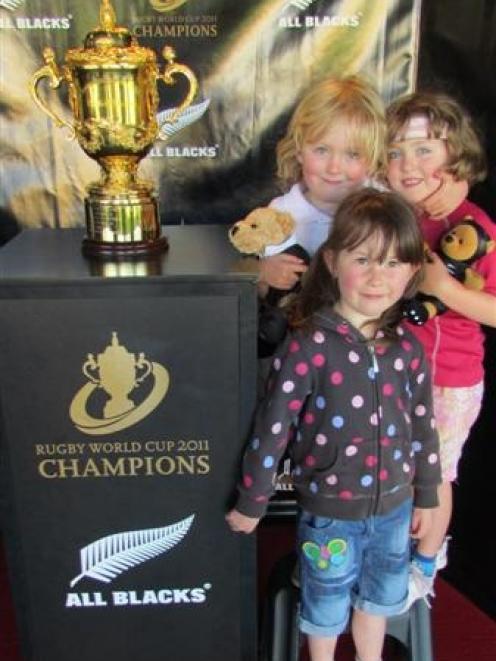 The trophies were displayed at Waitaki Boys' High School and St Kevin's College earlier in the day, before being housed in a giant tent at Takaro Park for most of the afternoon.

Small Blacks TV presenter Nua Funa, of Wellington, who is touring the country along with the roadshow, said the trip was all about sharing the various trophies with the country and to thank fans for their support of the national sides.

"Even though there weren't many games down here, the support was felt by the boys from all over the country," Mr Funa said.

The 10-week tour would have visited a total of 150 schools nationwide by the time it concludes next week, he said.

All Blacks hooker Andrew Hore yesterday proved more popular than much of the silverware.

North Otago Rugby development officer Jason Forest was happy with the turnout about 4pm, but expected the hundreds of people there to swell in number as more schoolchildren arrived.

• The trophies will be in Invercargill today, in Queenstown tomorrow from 11am to 2pm at the Queenstown Events Centre, and at the Oval in Dunedin on Sunday from 10am to 2pm.