Transformation in Oamaru for filming

By Ruby Heyward
0 Comments
Oamaru is getting the royal treatment now.

After spending the past two months in Dunedin, the production crew of Netflix’s The Royal Treatment started filming in Oamaru yesterday.

To set up for evening filming, parts of Tyne and Harbour Sts, in Oamaru’s Victorian precinct, were closed to vehicles.

The area remained open to pedestrians who wanted access to the few shops that were open.

One of those shops was Presence on Harbour and its owner, Dawn Brown, had noticed a lot of curious people wandering about. 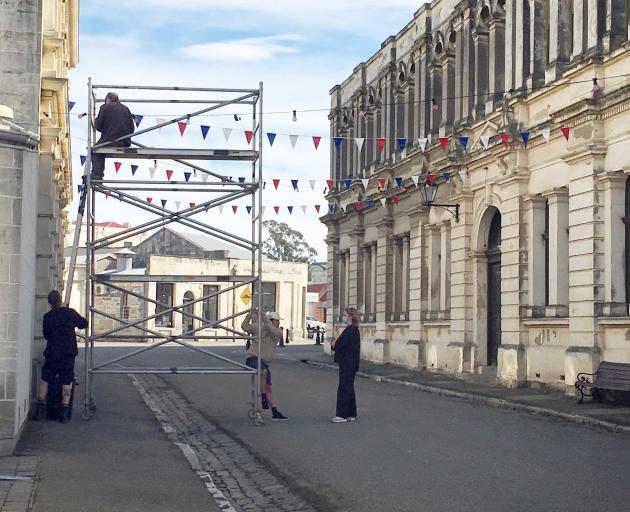 Film crew set up in Oamaru’s Victorian precinct for the production of a Netflix movie. PHOTO: RUBY HEYWARD
"People are always interested to see what’s going on."

"It always adds something."

Since 7am yesterday, crew members had been setting the scene with false trees, new signs, polished Fords, and market boxes.

Mrs Brown enjoyed seeing the different ways various productions had transformed the area over the years, while using the precinct’s original buildings.

"Sometimes I wish they would leave everything right there."

He said the filming was pretty exciting and allowed people to "escape into fantasy".

It was great for the economy, with crew using cafes and booking accommodation and locals playing extras.