Tributes to Zara: 'We will never get over this'

By Daniel Birchfield
0 Comments
The father of Oamaru teenager Zara Blackie has told mourners the family will "never get over" her death in an alleged hit-and-run last week.

About 500 mourners gathered at St Kevin's College where the funeral for Zara (14) started at 2pm. The Otago Daily Times was given permission to attend.

​Zara's family members were among those who gave touching tributes and her father Ross Blackie said the family would "never get over this".

Her death had left a "huge emptiness in our hearts". 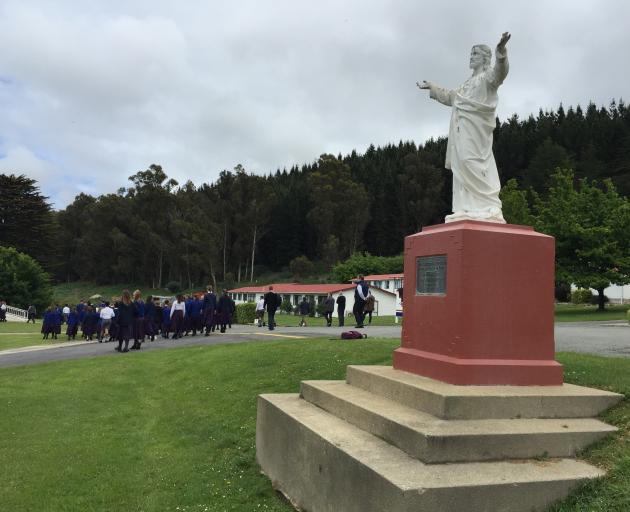 On behalf on Zara's sister Sapphire, her mother Wendy Blackie told mourners  "you were the only sister I have ever had. You will always be in my memories."

Her brother Hayden said: "I am going to miss you every day of my life. I miss you. Bye love."

The funeral comes almost a week after she was tragically killed in an alleged hit-and-run when she was struck by a car in Severn St about 10.40pm on Tuesday last week. 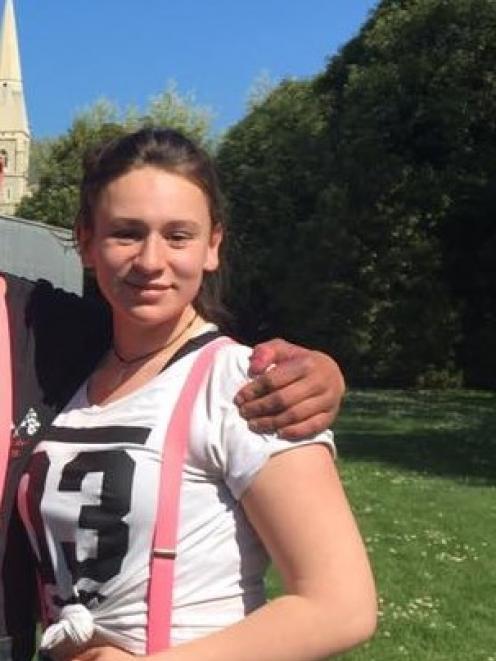 Zara Blackie, a year 10 pupil at St Kevin's College, was the girl killed in an alleged hit-and-run incident in Oamaru on Tuesday. Photo: Supplied
A 30-year-old Oamaru man was arrested on Wednesday and charged in relation to the incident.

On Friday more than 200 people, the majority from St Kevin’s College, joined Zara’s family and friends at a Maori blessing at the Oamaru skate park that borders State Highway 1, where she was struck.

St Kevin’s principal Paul Olsen spoke to the crowd telling them Zara, a year 10 pupil, was an "energetic and vibrant young lady".

"To see her potential cut short is a tragedy. The college community is in mourning, but I thank the wider community for the support they have extended at this time of great loss."

Speaking on behalf of the family, Sergeant Tony Woodbridge, of Oamaru, said the fact so many people turned out to honour the memory of Zara "means a huge amount to them".

Speaking to the Otago Daily Times last week, with husband and Zara's father Ross Blackie, Wendy Blackie said she bore no ill will to the driver of the vehicle that struck their daughter. 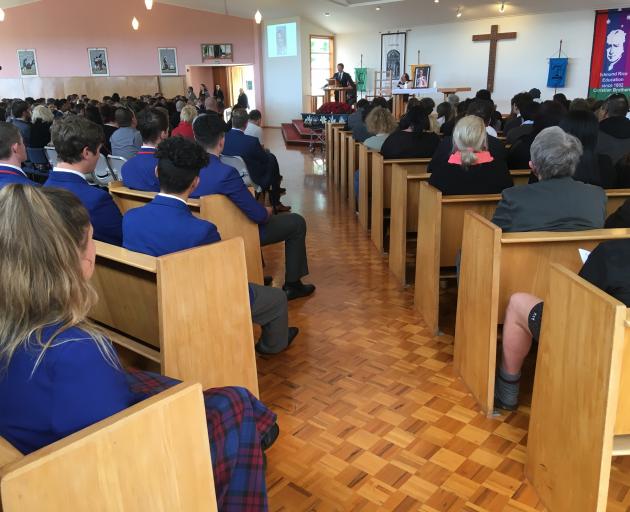 "The guy that hit her, he's really hurting too. He's a person. Yes, he was going too bloody fast, but it's an accident. He's scared and I don't hate him," Mrs Blackie said.

She arrived at the scene not long after her daughter was hit as people tried, in vain, to keep her daughter alive.

She said  Zara was everything a parent could want in a daughter.

"What sort of girl was she as a daughter to us? A beautiful one. She was caring, helpful and very motherly."