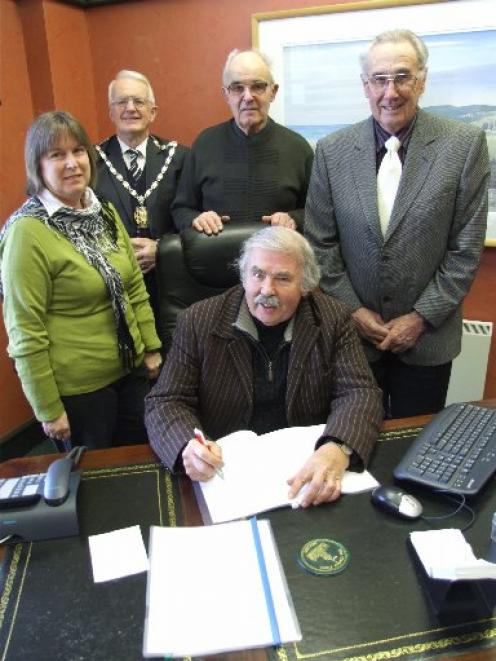 The emergency relief initiative aims to give long-term assistance after the earthquake earlier this year and targets the city Cap Haitien.

Mr McLay will spend about 10 days with Robyn Couper, who worked as a missionary in Haiti for 33 years and returned in May for three months, and will assess the project after the first medical team has done its work.

They will also investigate options for future work, including reconstruction, agricultural training and economic development, with medical teams continuing as a contribution to post-earthquake rehabilitation.

Mr McLay will meet Haitian civic, health and Rotary leaders and convey the goodwill of the North Otago community in building what is hoped might be an enduring relationship with the city.

On Wednesday, a trust deed was signed for the purposes of registering a charitable trust.

More than $120,000 has been raised, money which had until now been held by the Baptist Church.

It will now be transferred to the trust.

The trust expects to provide a public opportunity for supporters to meet and listen to Miss Couper when she returns from Haiti next month, along with members of the medical team.

The trust will also report the findings from Mr McLay's visit.

Anaesthetist and Anglican vicar, the Rev Steve Benford, who was part of the first medical team, contracted dengue fever.

He flew back to England this week and was to be admitted to hospital.