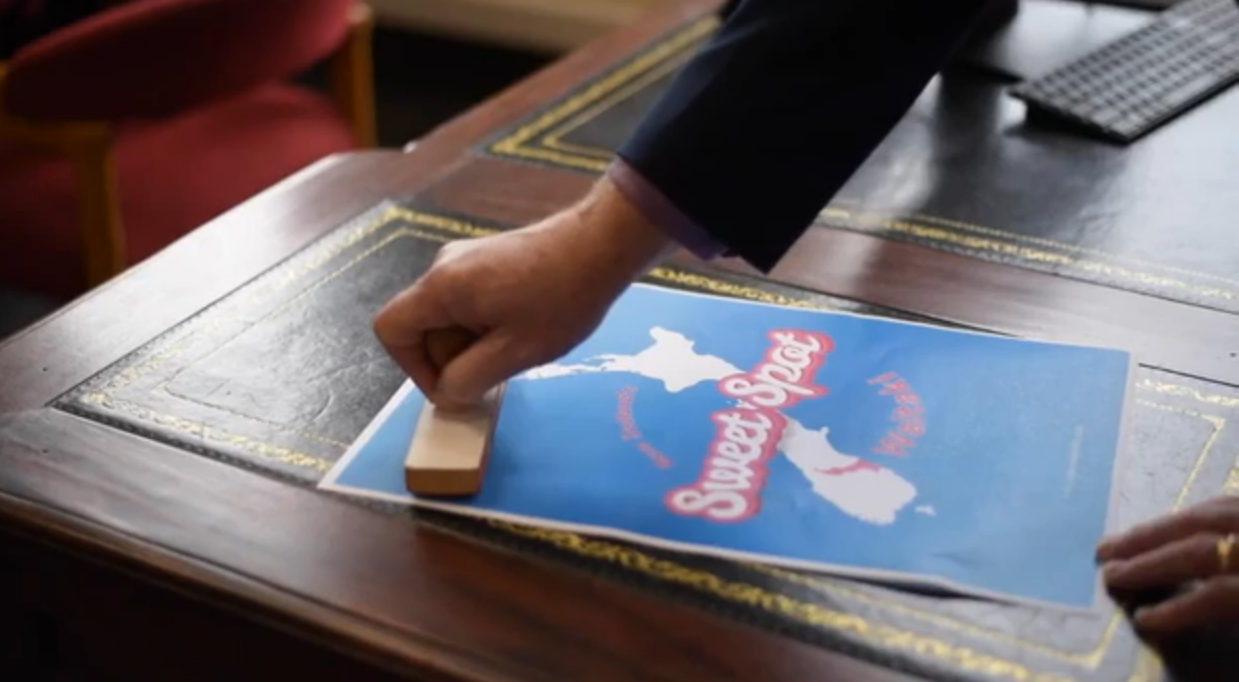 The winter marketing campaign, dubbing the Waitaki district "The Sweet Spot of New Zealand", was launched in May. Image: supplied
Tourism Waitaki is tight-lipped over the future of its "Sweet Spot" campaign.

The regional tourism organisation’s new winter marketing campaign, dubbing the Waitaki district "The Sweet Spot of New Zealand", was launched in May and has been widely criticised online for being "cringe-worthy" and "poorly researched", and for damaging the district’s brand.

When the campaign was launched, Tourism Waitaki said it would be an 11-episode web series, featuring "eclectic characters, predominantly filmed with locals, finding their individual sweet spots across the Waitaki district". Rainbow Confectionery products feature heavily throughout the campaign.

Since May 20, episodes have been released every two weeks - with the exception of a bonus episode featuring New Zealand comedian Tom Sainsbury, which was released on May 27.

No episode was released last week.

Asked why Mrs Munro was unable to respond to the Otago Daily Times’ questions by deadline, Ms Whelan said "we’re working on organising multiple famils [familiarisation visits] with journalists at the moment, so that’s the priority".

"We’ll release a press release on Wednesday to all media," she said.

Mrs Munro has previously defended the campaign, saying Tourism Waitaki wanted to own the "quirky culture" of Waitaki, and draw curiosity and a desire to learn more about the district.