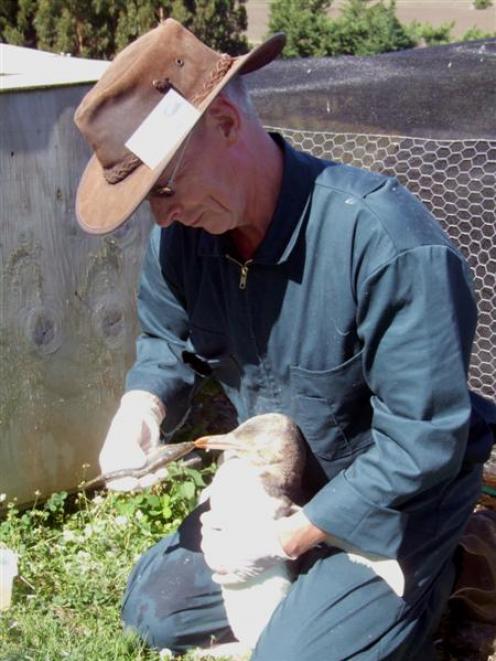 Last year, they started New Friends of Bushy Beach, which aims to help visitors get the most from their viewing experience, as well as trying to ensure their impact on the penguins is minimal.

The couple, along with another wildlife enthusiast they met on the beach, Brenda Wilson, chat to visitors, provide information about the birds and point out where the penguins are.

They also count both the number of birds and the number of visitors. During January, there were more than 300 visitors to the colony in a three-hour period.

The couple are keen to hear from other people interested in helping out at the beach. They did not need to have knowledge of penguins, just an interest in people and wildlife.

Tourists always appreciated having someone to talk to about the penguins, Mr Wolverson said.

As well as their voluntary work at the beach, Mr Wolverson and Ms Downton are involved with penguin rehabilitation.

All their work is done with help and guidance from the Department of Conservation and they also work with Oamaru Veterinary Services and Massey University's wildlife centre.

The couple have a licence to catch, hold and release protected wildlife.

The first sick penguin they discovered, which they named Percy, was released at the beach last October after more than two months of rehabilitation and veterinary care.