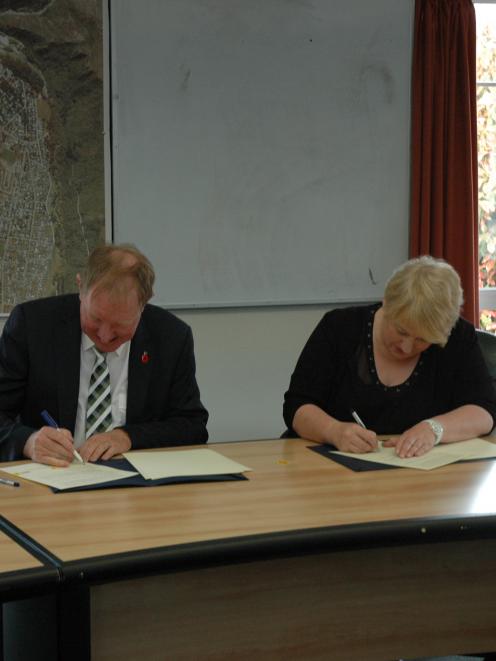 It requires the council to identify and recommend to the Government areas of land suitable for residential development.

The accord sets a target of 350 new sections and dwellings given consent in its first year, 450 in its second, and 500 in its third.

Dr Smith said Queenstown was one of the five least affordable housing areas in New Zealand, with a median house price of $664,000.

He would be ''putting pressure'' on the council to get the first special housing areas approved in the first quarter of next year.

Queenstown had a ''land banking'' problem, because landowners could expect the value of their holdings to rise by at least 10% a year and they had no incentive to develop it.''

We need to convince the market and the developers that we are serious about freeing up additional land, that there isn't going to be ongoing 10% to 20% inflation in section prices, and that they need to bring those sections to the market.''

Historically, turning bare land into housing had taken an average of 10 years in New Zealand.

The legislation aimed to reduce that to between 12 and 18 months.

However, it was only a ''short-term fix'' for the failure of the Resource Management Act to account for housing affordability.

Dr Smith's next task, as Environment Minister, was to introduce legislation next year to reform the Act.

Ms van Uden said the council would adopt a plan at its meeting next week that would lay down principles for implementing the accord.

It had been ''doing its homework'' by designing thorough processes for identifying land for special housing areas, as well as for assessing the developments proposed for them, she said.

The council could set criteria such as height limitations, a minimum number of dwellings and a percentage of affordable dwellings.

It was ''critical'' that the new dwellings were well-insulated and used sustainable forms of heating.