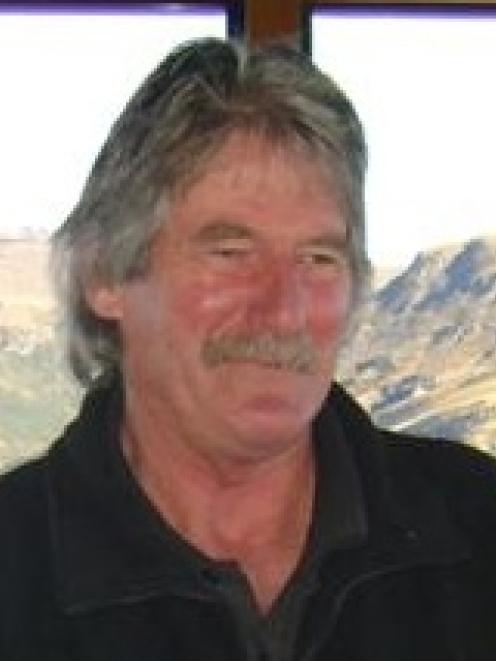 Forty-five years on, he is still guiding planes at Queenstown Airport and when he hangs up his headphones for good later this year, he will be remembered as the country's longest-serving air traffic controllers.

As well as working in Auckland, Wellington, Christchurch and Queenstown, he was also one of the first New Zealand air traffic controllers to work in the profession overseas, in Fiji, Bahrain and Oman.

Having witnessed significant changes in technology and air traffic management, Mr Lund-Jackson (63) had also been involved in the occasional hijacking - in a spectator role.

"When I worked in Bahrain, we had to deal with the odd hijacking out of Iran.

That was when the Ayatollah Khomeini was leading the Iranian revolution in '79."

He was one of the first controllers in Queenstown when the control tower was established in 1993.

While there had been some significant changes at the airfield since, Mr Lund-Jackson said the style of traffic had remained "pretty much the same".

"Queenstown is a complicated airfield with very high runway usage. On a good day when flights are able to access Milford, we can control 500 movements a day.

"We have to juggle the needs of the commercial fleet with those of the general aviation community and do it all in an operating envelope dictated by the weather conditions at the time."

Next week, on behalf of Airways NZ, he will accept the Aircraft Owners and Pilots Association (AOPA) Award, which acknowledges the Queenstown control tower as New Zealand's best.

Veteran pilot and past AOPA president Jules Tapper said it was fitting Mr Lund-Jackson should accept the award on behalf of Airways.

"He is a well-known and respected member of the aviation community here in Queenstown and he has done much to engender a professional yet friendly atmosphere for many visitors."

At the function, AOPA life member Brian Hore will present a special trophy to Mr Lund-Jackson.