Being prepared for snow 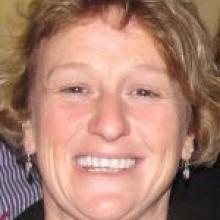 Vanessa Van Uden
Living in an alpine environment is not to be taken for granted and we should all be prepared for the worst winter can throw at us, Queenstown Lakes Mayor Vanessa van Uden says.

As the local saying goes: On snow in July, you can rely.

Although I am personally not enamoured of the concept of hurtling myself down a mountain at speed, I get the reason for broad smiles on the faces of locals and visitors alike.

Not only did it snow, it fair bucketed down, not just for one day, but several. The council gears up to create awareness about winter from May and this year the messages could have reasonably been treated with a bit of scepticism, right up until last week.

But boy, what a difference a day makes!

Now is a great time to remind folk about why we ask people to be prepared for winter weather. If the snow that fell last week had not eased up, and roads were impassable, and people had to be self-reliant for maybe a day, maybe several days, would you be prepared?

Had the snow continued, it is reasonably likely that there could have been widespread power outages, as there were in the Canterbury snows of 2006.

On that occasion, some communities experienced more than a metre of snow, power was out for weeks and roads were snowbound for days.

Remember, we live in an alpine environment. It's not something we should take for granted. With limited or no access by road, commodities like food will come under pressure. And while the plan is to get arterial roads reopened as soon as possible, the council is not the cavalry, and eating out may not be on the menu.

The council has put a lot of time and effort into helping the community to be prepared. If you haven't already seen your "emergency, be prepared" booklet, then get one at the council or check it out on the council website www.qldc.govt.nz.

It's really simple, starting with making sure you have a battery-powered radio at home.

Our local radio stations have done a fantastic job of keeping everyone up to speed with road conditions, cancellations and closures over the last few weeks, and in a big event with no power, those guys will have a critical role.

Remember - as our friends in Canterbury recently experienced - no power, means no television, no computer and eventually when your battery is all gone, no phone.

The council will be here to help and we will get messages out, but how will you get them?

Something to ponder when we get our next dollop of the white stuff.