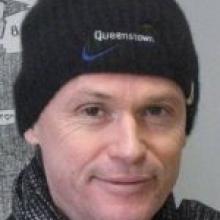 Tony Everitt
As we entered this decade, 2011 looked to be the year of opportunity for Queenstown, with major events Trenz, Winter Games NZ and the Rugby World Cup all lined up to deliver visitors, media and promotion on an unprecedented global scale.

"Unprecedented" was a word better applied to the series of unheralded disasters that rained on our parade - ongoing global financial crises, flooding in Australia, devastation in Japan, earthquakes in Christchurch, ash clouds disrupting flights.

To top it all off, our usual dump of early snow, or at least temperatures cold enough to make it, was a no show.

Challenging times, but our resilience as a community and strength as an international resort resulted in Queenstown, its operators, residents, friends and neighbours working together to get runs on the board.

Trenz delivered international profile for the Southern Lakes and was a success for all. It's just been announced that we'll host it again next year, so a big thanks and well done to all involved.

The American Express Queenstown Winter Festival showed that a fantastic organisational team, a great bunch of resourceful sponsors and a local community who simply will not miss a party are more than a match for a lack of snow and a volcano spewing ash.

Thanks to all those behind the new and improved biking trails and events such as the Queenstown Bike Festival, Queenstown has become known as a picturesque and adventurous biking destination.

A worldwide sweepstake that gave away 300 nights in Queenstown hotels between September 1 and October 31 has been an additional motivator for visitors this spring. The campaign quickly went viral, achieving international cut-through via media coverage and social media. Thanks to Queenstown hotels for generously donating the rooms.

A spring and summer campaign to ensure the South Island is high on the "must visit" list for east coast Australians is ready to go. This campaign has a spend of at least $1.6 million and is a collaboration between Tourism New Zealand, Christchurch Airport, Christchurch Canterbury Tourism, Tourism Dunedin and Lake Wanaka Tourism, with Tourism New Zealand matching dollar for dollar the cash put in by the partners.

The campaign promotes self-drive holidays and encourages Australians to come in one gateway - Christchurch, Queenstown or Dunedin - and travel the major scenic routes before leaving by another gateway. This campaign is a joint response to the effect of earthquakes on visitor numbers and is a great example of all of us working together to overcome challenges.

We've relaunched our official Queenstown website www.queenstownNZ.co.nz and it's getting great feedback.

Thanks to rigorous consumer research and testing, the site has been designed to inspire and motivate visitors before directly providing comprehensive relevant and useful content really quickly. Do check our weekly "About Town" video and share it with your friends and family.

We've also upped the ante in the social media world in order to reach a broader audience and now the whole DQ team is blogging, tweeting, Facebooking and Flickring daily. Plug your social networking channels into ours and join us in cyberspace!So, in summary, 2011 has turned from opportunity to challenge and back to opportunity.

It's been a testing time for Queenstown, but has provided reasons for us to prove our resilience and work together as a town, as a region, and as the entire South Island.

We look forward now to RWC2011 and hope that volcanoes hold together, tectonic plates stay quiet and the weather gods smile on us for the rest of the year.