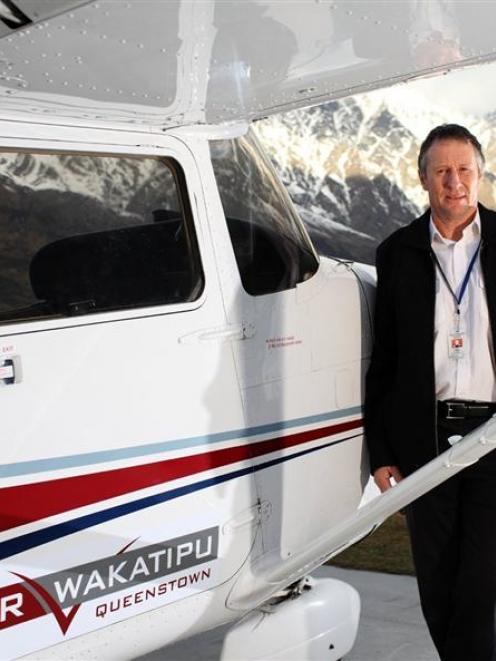 Queenstown has a long and proud history of general aviation dating back to the late 1920s, when identities like Popeye Lucas and associates developed their aviation businesses on what is now Queenstown Airport.

"General aviation", which is all aviation activity at the airport except scheduled commercial flights, is a key part of Queenstown Airport. Indeed, general aviation movements are more than three times that of scheduled flights.

At Queenstown Airport, there is a unique mix of international and domestic scheduled operations alongside substantial general aviation activity.

About 20% of the airfield is used by general aviation, with 10 operators accounting for the bulk of this activity.

Typically, these operators are locally owned, with their core business moving passengers and equipment to destinations like Milford Sound or sightseeing to Mt Cook.

In the past 12 months, there were more than 200,000 passenger movements by these local operators.

General aviation activity at Queenstown Airport is strong and vibrant. It is considered one of New Zealand's healthiest general aviation environments and is an important contributor to the Wakatipu economy.

With the majority of the businesses locally owned, general aviation is a key part of local tourism, whether it be a Milford Sound trip, or a skydiving experience. It provides jobs for those who work directly in it, but it also provides business opportunities to other operators, such as river rafting, heliskiing and sightseeing operations.

Queenstown Airport's general aviation hub is also a thriving training ground. The Wakatipu Aero Club, which has occupied its current airfield location for the past 40 years, has trained many of the current local pilots, as well as many pilots who now fly for companies like Air New Zealand, Mt Cook Airlines and Eagle Air.

The club also now provides a valuable part of the private and commercial training syllabus with the introduction of specialty mountain flying as mandatory for all applicants.

The Queenstown area is attractive to all training applicants, as it is arguably one of the best mountainous areas in the world. Groups of pilots and their aircraft arrive en masse for a week at a time to complete their training, while also contributing to the local economy with accommodation, rental cars and restaurants.

As the current airfield continues to expand, it is envisaged Queenstown Airport will continue to set the bar for general aviation, working in tandem with all the other operators to the benefit of all parties while also promoting Queenstown as an iconic destination.