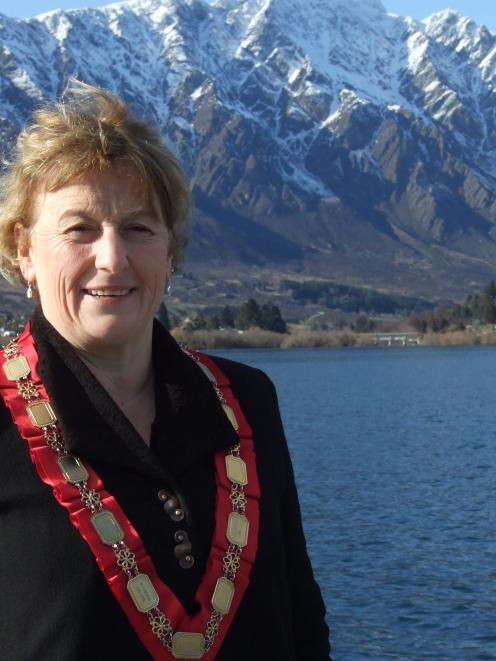 "As people come to terms with the decision [not to award the contract to Wanaka Wastebusters], which has been very personal and painful for some, I would like to encourage the glass half-full approach." Photo by Joe Dodgshun.
In this week's Wakatipu Echo, Queenstown Lakes Mayor Vanessa van Uden examines the controversial decision to award the Wanaka recycling contract to Smart Environmental Ltd - a decision she says was the right one.

On Tuesday, October 18, the Wanaka recycling contract was awarded to Smart Environmental Ltd.

The decision meant Wanaka Wastebusters, the long-time champions of the community, missed out.

That decision was not made lightly or easily, and it was not made without checking, checking and re-checking that it was the right decision.

And what we anticipated and what we have seen is what made it so tough.

People are passionate about Wanaka Wastebusters.

Last week, in public forum, at full council, we heard frustration, sorrow and, in some cases, anger about this decision.

It was important and continues to be important that council has answers to the questions.

That comes back to thoroughly testing whether we were making the right decision.

Did we get it right?

The answer that many people find it difficult to hear is, yes.

I want to share a couple of important factors that help me to be very clear about this decision.

Wastebusters was made aware in 2010 that council would have no choice but to take the contract to market once the existing contract expired.

Regarding the weighting of the tender process, the procurement policy enables the council to put a great deal of weighting on non-financial attributes (track record, environmental sustainability, etc).

In fact, the tender process saw 65% of the weighting attributed to non-financial considerations.

This included social, cultural and economic benefits to the local community.

Wanaka Wastebusters came out on top, but by a small margin.

But to be clear, the council did not choose the cheapest option.

The cheapest proposals were rejected because they did not provide the desired level of service.

The council chose the highest scoring option with the best mix of desired outcomes (including environmental) and price.

Council also received other prices that were higher but close to the successful SEL tender ($301,400).

The Wanaka Wastebusters best price ($585,035) was one of the highest prices received.

Now, consider that in the context that the rate that pays for recycling is a district-wide rate.

Everyone pays the same amount regardless of which side of the hill you are on.

The cost of recycling, including kerbside collection, litter-bin emptying and processing per household in the district, was $129 per year (2010-11).

Because there is no differentiation between a Wanaka household and a Queenstown household, to accept the Wastebusters bid would have meant subsidising Wastebusters around $280,000 per year.

Council would be explaining to all ratepayers why we had accepted a tender almost double a competing tender for the same level of service.

This decision means a saving to the Queenstown Lakes District of millions of dollars over the period of the contract.

That's money in the pocket of all ratepayers or potentially able to be channelled into other community projects.

This council campaigned on delivering value for money.

I come back to my point that this was a tough decision but the right one.

There are other aspects to this such as, the process was not kept secret and there was no undue haste applied to awarding the contract.

And yes, SEL might have Auckland-based owners, but are important local employers and yes, the new contract does meet exacting standards and yes, SEL will be called upon to deliver and yes, the contract is binding and can only be revisited on default.

As people come to terms with the decision, which has been very personal and painful for some, I would like to encourage the glass half-full approach.

Wanaka Wastebusters is an integral part of our community and has made huge inroads in the issue of waste reduction.

Council has committed to work with Wastebusters to continue to add value to our community.

With new partnerships and initiatives supported by the council, we are absolutely confident Wastebusters can continue to be a thriving business.

I sincerely hope that we will look back on 2011 as a positive turning point for this organisation.