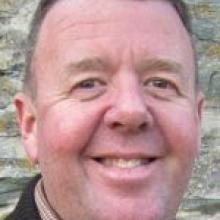 Greg Turner
In this week's Wakatipu Echo, Wakatipu High School board of trustees head of communications Greg Turner shares his thoughts on the education issue and imagines what could result when a new high school is finally built in Frankton.

It would seem that an announcement of the purchase of land for a new high school is imminent (indeed, it may even have occurred by the time this goes to print).

The whiff of positive change is in the air - hallelujah!This should be the cause for major celebration within the community.

Wakatipu High School, for all its reasonably solid results, will always face an uphill battle on its current site. The combination of the rather ad hoc evolution, a preponderance of rather dilapidated pre-fabricated classrooms and a general shortfall in funding give the school an "unloved" aura and that, in turn, gives rise to an unfortunate perception.

But cast your eyes to the future.

Imagine the attitudinal change resultant in a brand new, state-of-the-art complex in the sunshine of the Frankton flats, equipped with the very latest in modern technology, contemporary learning spaces and super-efficient sustainable construction.

You only need to look at the instant pride instilled in the sparkly Remarkables Primary and extend that threefold.

Consider the motivational impact on staff and parents; on students both present and future.

There is every reason to believe that such a school could be one of national significance.

Given that Queenstown is the tourism capital of New Zealand, the benefits accrued by virtue of the image that this institution of learning would impart on our international visitors (as their last memory of the country) could be significant.

As they peer out the window of their outbound flight, towered over by the most distinctive mountain range in the country, this clean, green, architecturally inspirational house of wisdom will leave an indelible impression on their psyche.

Perhaps they'll consider the option of sending their offspring to New Zealand to school or university; perhaps they'll just be moved to buy that extra case of pinot or that kiwi merino sweater when they return to their homes. Either way, it is surely in all of our interests (even those from up north) to see a new high school showcasing the very best of New Zealand in such a location.

So what of the issue of primary school capacity in the area?

Does a new high school have the potential to be part of a solution?

A return to a year 7-13 institution would remove significant burden from the local schools (not to mention providing the sort of specialist labs and workshops the current primaries lack), and while it won't entirely solve the zoning issues currently at the forefront of conversation, it could certainly reduce the stress.

Could the existing high school (unencumbered by its dowdy prefabs) be utilised in some way?

One thing is for sure; accelerating the process of constructing a new high school has the potential to at least alleviate some of the looming primary school issues.

And with tertiary institutions looking to either enter or expand their operations in the area, there seems the gilt-edged opportunity to develop the Wakatipu as an educational hub for a wide range of high-class facilities (the ability to share creating real benefits of scale).

So let's get on with it; a brand new state-of-the-art academic centre built around a high school of national significance.

And let us celebrate the 360 degree views and majestic mountain backdrop without having to bear any resultant shadow!