After 30 years of service, Queenstown coroner Alan Macalister was unable to close his last case yesterday - a helicopter crash which claimed two lives - because of a delayed Civil Aviation Authority report nearly five years in the making.

After the hearing, he declined to comment on why the full report had taken so long.

It concerned the deaths of commercial helicopter pilot Keith Andrew MacKenzie (29), of Ontario, Canada, and his passenger Jonathan Stein (61), of New Hampshire, United States, in a crash at Homestead Peak, near Wanaka.

"The first correspondence I have received from the Civil Aviation Authority was a fax received yesterday [Monday], which provides a look into the reasons why a full report into the crash is not available," he said at yesterday's hearing.

He was unable to take the inquest any further without a full report from the CAA, he said.

The authority was also moving premises, which was "causing some disruption to business activities".

"The timeframe for completing the required research into this issue has not yet been established ...

"However, it is appreciated that there is urgency to have this done as soon as possible considering the long period that has elapsed since the accident."

"The delay in the final report had also been caused, in part, by three possible different reasons for the accident, which "had to be examined thoroughly", the fax said.

Helicopter components were sent overseas for inspection and the CAA also needed time to review other specialist reports, which were being prepared, it said.

"The best estimate for the completion of the final report is the end of April 2011," the fax said.

Safety investigation results in a 2006 CAA preliminary report, which were presented at the hearing, showed the helicopter's left cabin door became detached during the flight and struck the main rotor blades, most likely causing the crash.

The report said there was no evidence a cotter pin was in place to secure the door.

"Further investigation is continuing to establish how the door can separate from hinges in flight ...

Research has established that there have been other instances of doors separating from R22 helicopters in flight both in New Zealand and overseas," the report said.

The evidence prompted the Civil Aviation Authority to send out an "airworthiness instruction" order to all R22 helicopter operators to make sure doors were secured correctly in flight, it said.

Providing evidence at the hearing, Detective Sergeant Derek Bryan Shaw, of Alexandra, who was in charge of the crash on the day, said: "CAA staff attended the scene with police and have carried out an extensive investigation.

"Police believe that there are no suspicious circumstances surrounding these deaths."

A final hearing date has yet to be announced, Mr Macalister said yesterday. 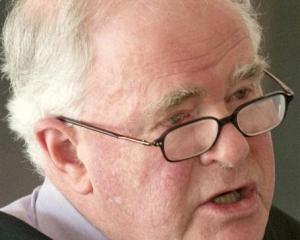 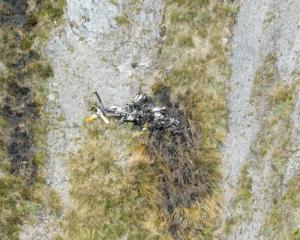 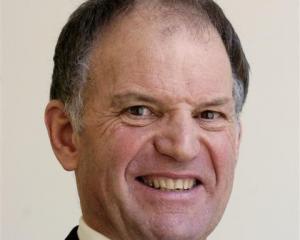 Plea from father after son's death 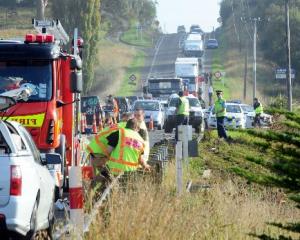