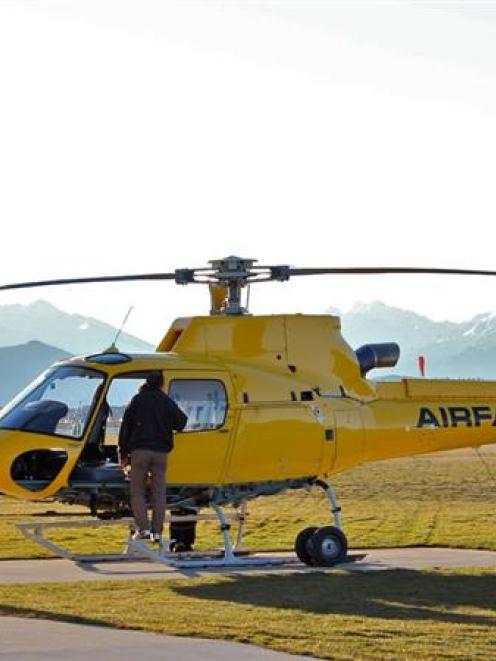 Kershaw Aviation Group has completed the avionic and equipment fit-out of the new helicopter, which will be used for projects in Indonesia and join the rest of the Kershaw fleet there in the middle of the month.

A second B3e aircraft is scheduled to arrive in November.

The company works exclusively offshore, specialising in providing flight support for the high-altitude mineral and exploration industries, and holds a contract in Indonesia, working with joint partner Airfast Indonesia.

Operations Manager and director Josh Kershaw said experience had shown that the AS 350 B3 was the ideal medium helicopter for this type of work.

"Our helicopters are required to work in demanding environments supplying logistical support to drilling rigs in some of the most remote parts of Indonesia.

"We're very excited to add this new generation helicopter to our group and look forward to making the most of the technology."

"This new B3e has been delivered with several features we haven't seen before.

"It comes with dual hydraulics, new tail rotor control linkages, and a new generation turbine engine with increased power and an increase in life to 4000 hours.

"It's also armed with a range of features that increase maximum continuous power from five to 30 minutes.

Kershaw Aviation Group is managed by a team of four who rotate between the Queenstown and Jakarta office.