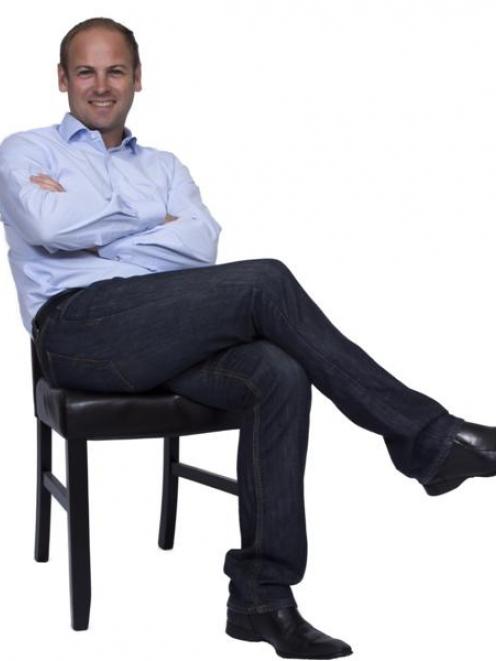 Mark Osborne. Photo by Giora Dan.
As Tony Wagner says, the world no longer cares about how much you know.

Harvard University's Professor of Innovation says the world now cares about what you can do with what you know.

It sums up the ethos behind the education model being introduced at Shotover Primary School in Queenstown, due to open in February.

CORE Education consultant Mark Osborne, who has worked with the school, says education has come a long way in the last few decades.

It had been driven by two key principles - the first, advances in technology meaning anyone, including children, could learn anywhere at any time.

The second was being able to do something with the information you had.

Shotover Primary School will be the Wakatipu's first full 21st-century learning environment, with ''learning communities'' of up to 40 pupils being taught by four teachers working collaboratively in open-plan classrooms.

It was ''not an experiment'', Mr Osborne said.

Research had shown by teachers pooling their collective skills, knowledge and strengths, there were far greater benefits for them and for their pupils.

''Teaching is a really, really lonely profession. You do it inside a room, where the door is closed, with a bunch of kids ... you're limited by your skills and experience in the classroom.

''There is strong evidence that shows when teachers collaborate and it's focused on raising outcomes for kids, those outcomes increase.''

Another key aspect was teaching children at an early age the skills they needed later in life.

Those included problem solving, entrepreneurial skills, teamwork and making choices, rather than relying on being told what to do.

''That's one key, driving philosophy behind the style of teaching being constructed at Shotover - it's part of a movement happening across the world.

''What we're trying to do is give the learner more control and involve them in the decision-making process. Those are the skills they're going to need in life.''

It could be difficult for parents to understand given their school experience.

However, the new model meant the needs of every pupil were met, rather than ''aim for the middle and hope everyone gets it''.

''It's often a struggle for parents to understand the change ... it is perfectly understandable for them to want to make sure that the most precious thing in their life, their child, is being well looked after and getting the best education they can.''

It had often been many years since a parent had been in a primary school classroom and Mr Osborne said the changes in education were no different from advances in technology or medicine.

''If you went into a dentist's surgery and you saw the dentist using the same tools and research ... from the 1980s, you'd turn around and walk out very quickly.

''There is a whole bunch of stuff that was just completely wrong that was done to kids at school because we didn't know any better.

''Now we have access to that information, it's really important that we use it and we don't rely on how things have always been.''