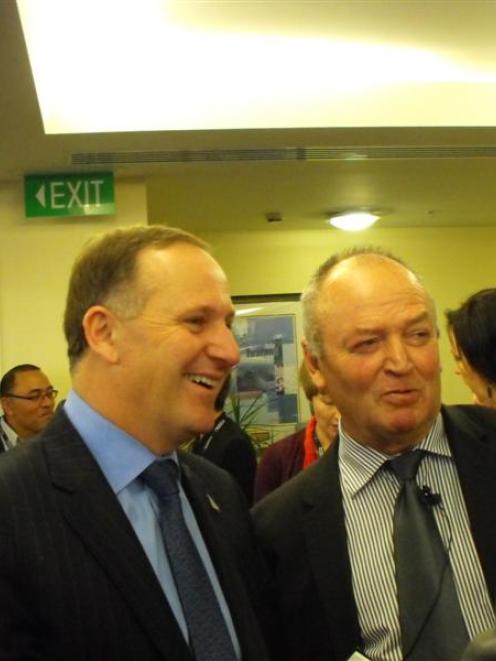 Speaking at the Local Government New Zealand conference in Queenstown, he told an audience of about 300 there needed to be a "refocus" on local government's role to allow it to perform more efficiently and play a role in reducing New Zealand's debt.

"Central Government has done its bit by tightening its belt.

"Local government needs to do the same and continue to do so."

Although the Prime Minister was aware many councils had moved to cut costs, times were tight and managing local government spending would be a National focus this term.

"We recognise your job is not an easy one and you face high expectations from your communities and from individuals. I know it's not easy and I know it's tempting to think your council is an exception or faces special circumstances, but we all have to face up to making difficult choices."

Of the National Government's four priorities this term, No 1 was to "responsibly manage its finances." This would mean cutting the spending of $7.5 billion of public money each year by New Zealand's 78 councils. -Mr Key said National's local government reforms would involve two phases aimed at providing more clarity about council roles, which in turn would improve efficiencies.

"We need you to operate well and efficiently. Local government needs to deliver better public servicesMr Key used the example of local government consents being "streamlined" to improve efficiency.

"More council amalgamations were also on National's agenda, but he said the Government would not force changes. He said the Better Local Government law changes before Parliament would allow councils to decide on the issue.

"We want to enable communities to be able to genuinely debate whether it is the right move for their community or not."

Mr Key said after the conference that although he would not force mergers, which in Auckland had "worked well", he would "certainly like to see it" develop across the country.

"It has reduced bureaucracy, cut costs and the creation of a single voice has given the Auckland Council the capacity to arguably do more."

The Government's proposed law changes reduced the barriers to council mergers, he said. If an amalgamation of councils was proposed, a majority of affected residents would have to approve the merger.

At present, a majority must be in agreement in every separate district affected by an amalgamation.

To force a vote of opposition against a merger, 10% of affected residents have to sign a petition.