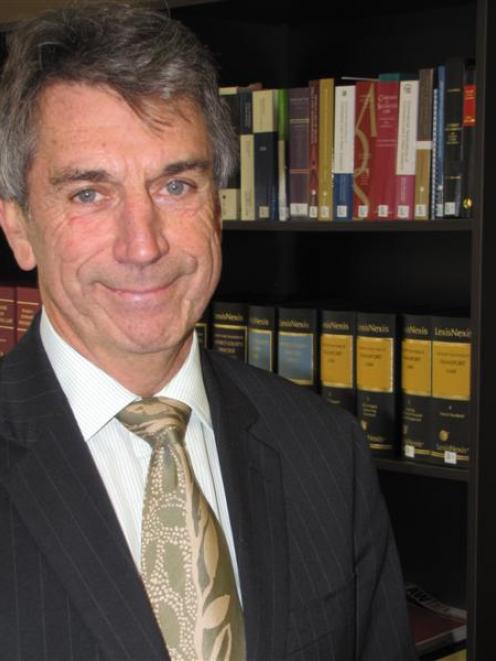 He says it would include a "wholly revolutionary" engagement process in court with families.

Submissions on the Family Court Review, announced in April last year by the Government, closed on Wednesday.

One of the questions asked in the terms of reference was if the state should be investing in private law.

Speaking publicly for the first time about the review, Judge Boshier said the present process did not work "anywhere near as well as it should".

The court was last reviewed in 1993 and following that the Care of Children Act was introduced, which was prescriptive about things which had to be done quickly to reduce delay - terminology was changed, Family Court was opened to the media, children were involved in the process, and "a whole lot of teeth" were added to enforcement.

"Parliament added a whole range of steps, from counselling ... to admonishment, right up to enforce orders and also breach-of-parenting orders.

"Away we went on a wonderful new platform. The Care of Children Act was introduced in 2005, there was no recession and we had $9 million.

"[Then] there's a recession and a change of tack with a new Government and there's a perception that "should the state be investing in private law?"

"That is the present question ... is this the state's business?"

Judge Boshier said as it was, the Family Court was "not a sustainable court" - each year it handled about 670,000 cases. Of those, 27,000 related to the Care of Children Act.

"It is that Act that's the troubling one for sustainability. Have we been overdoing it? It is pretty nerve-wracking when you have been involved in a court for such a long time and you see the structure of it about to be reviewed by others.

One example given was a dispute over care arrangements for a child, which could be handled effectively by a mediator who had the right to arbitrate.

However, the most widespread changes Judge Boshier had suggested related to domestic violence cases.

"What I am suggesting is that when the Family Court makes a domestic violence order to protect the victim, hand in hand with the judge making that order, is ... a requested or required assessment and information session with the victim."

It would occur "on the spot".

The victim would be run through the consequences of the protection order put in place, a safety plan established and a risk assessment carried out.

"A judge should not, in isolation, make a protection order ... there must go hand in hand with that engagement with the victim to go through the consequences [of the order] and the need for safety."

At the moment, a victim seeking a protection order either went to their lawyer or filed an application for protection with the court, which was handled by a judge.

The second change Judge Boshier suggested was regarding the delivery of the protection order to the other party. It should not be served by police or the bailiff days later or posted to the violent party.

"Rather, they are to compulsorily engage with the person who has been violent within 24 hours. The person is required to come into the court where the judge has made the order. There will be a risk assessment ... and preliminary screening to see what sort of programme that person is best to attend.

Judge Boshier said the third element of change he had suggested was "utterly different" and required engagement from both parties' families or whanau within 14 days of a protection order being made by way of a family group conference. Family group conferences are held only in Youth Court matters or Care and Protection work.

At the conference, the risk assessments and screenings would be made publicly available and programmes would then be recommended to either the victim and the person offering violence, either separately or jointly.

"This is wholly revolutionary. We have never gone down this track before, but it's time we did this, in my opinion.

"My proposal is the family group conference will compel the family and the whanau to recognise the violence and the effect it's having on the children and the family."

While $63.2 million was spent on stopping violence, excluding the core work of the police, Judge Boshier questioned whether there was "value for money".

"I don't think we're talking about more money. What I'm asking for is better use of what we've got."