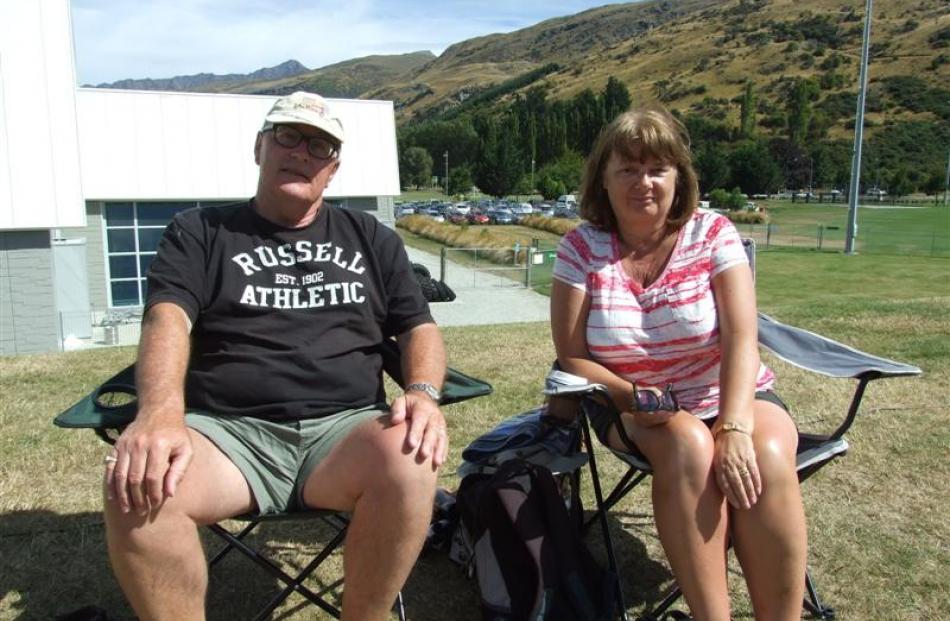 English couple Chris and Ruth Austin, of Staffordshire, soak up the sun. 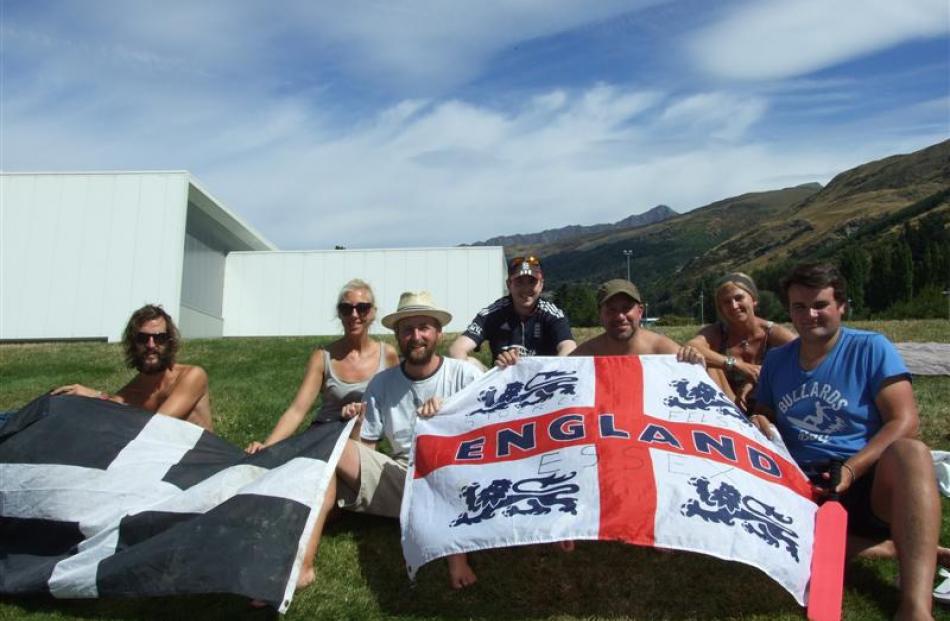 Showing the flag for the Barmy Army at the Queenstown Events Centre. 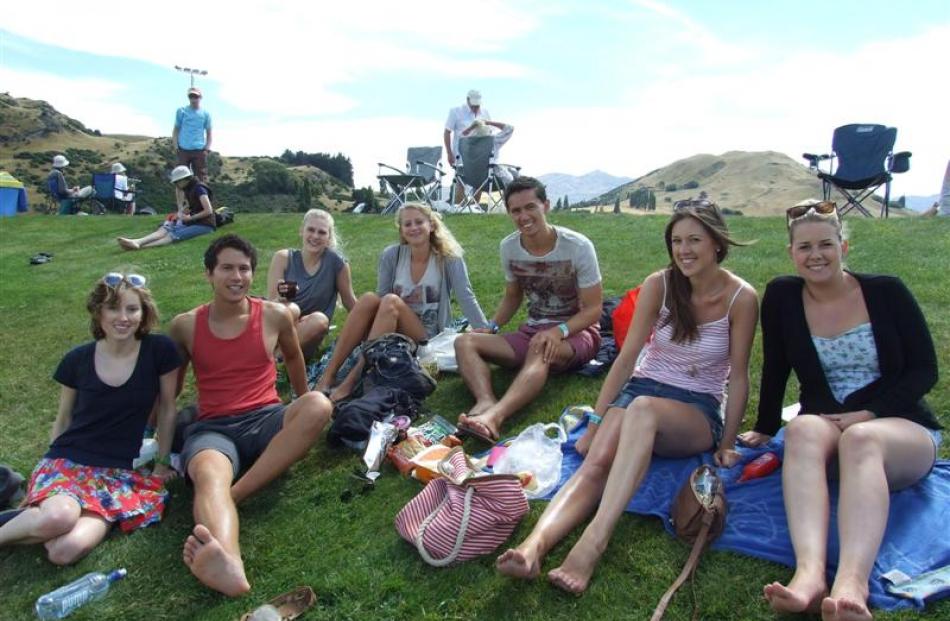 English fans mixed with a bit of Irish and Scottish yesterday at the cricket. Photos by Olivia Caldwell.

While most talk this week in Queenstown has been about golf, there has also been another first-class sporting event under way and although the crowds are few, there is no denying where the few are from.

This week, at the Queenstown Events Centre, the New Zealand XI cricket side has been taking punishment from the English side warming up for their test series against the Black Caps starting in Dunedin next week.

Roaming among the crowd yesterday it was hard to spot any semblance of a proud Kiwi fan, but there was plenty of English support - identified by way of a reddish sun tan.

While English superstars Kevin Pietersen, Ian Bell and Monty Panesar sat content on the sidelines with a convincing score, their fans basked in the sun and were vocal.

Several English groups acknowledged they had travelled to support what they can now proudly claim as the second-best test nation in the world.

I made the mistake of asking one pair of Englishmen if they were Kiwis and got the quick sharp reply, ''Are we what?!''I found one Christchurch couple, Joan and Richard Hancox, who were happy to own up quietly during the lunch break they were there for the home side.

They had inquired about following the cricket to Dunedin, but were disappointed to find the entire city had been booked out by the Barmy Army.

One English supporter who was among what was the best attempt at the Barmy Army, Henry Wisson, sympathised with a New Zealand cricket fan's situation.

''Kiwis love cricket and they are so passionate about it. They are half the reason we come all the way over here, because the Kiwis get so into it.''

''They deserve a good side and it's a shame when they can't pull together a performance.''

Mr Wisson will follow England to Dunedin for the first test at the University Oval and said he hoped for a competitive series, similar to the one-day series.

''Let's hope that cricket is the winner.''