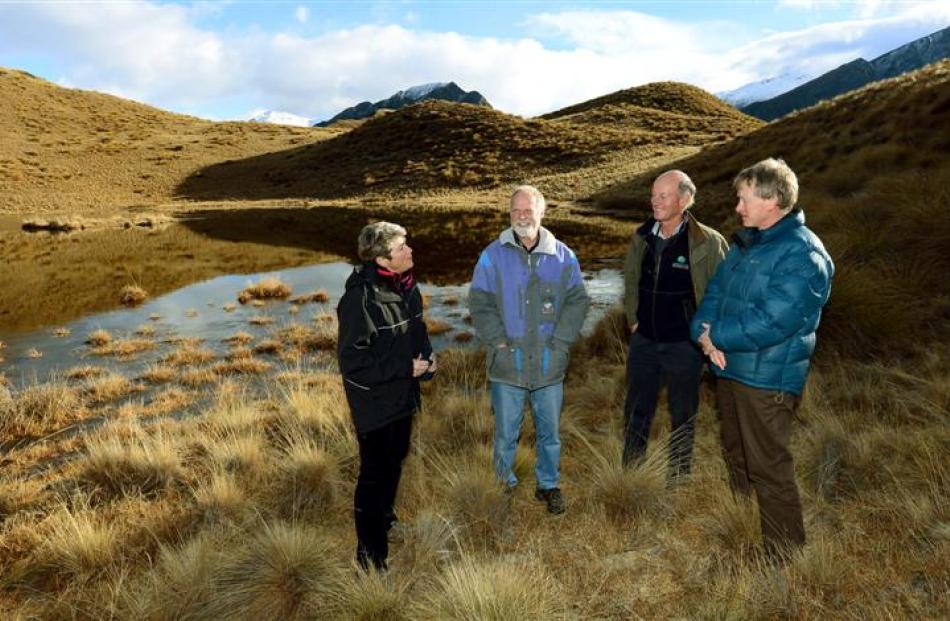 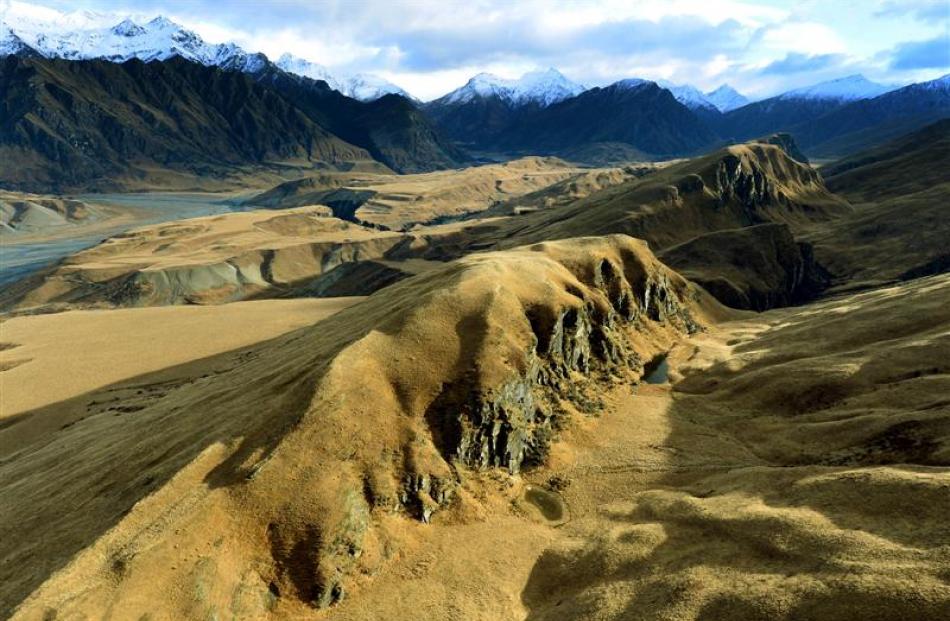 A public walking track is proposed to the right of this escarpment on Coronet Station near the Branches station, giving access to the Upper Shotover Polnoon area. 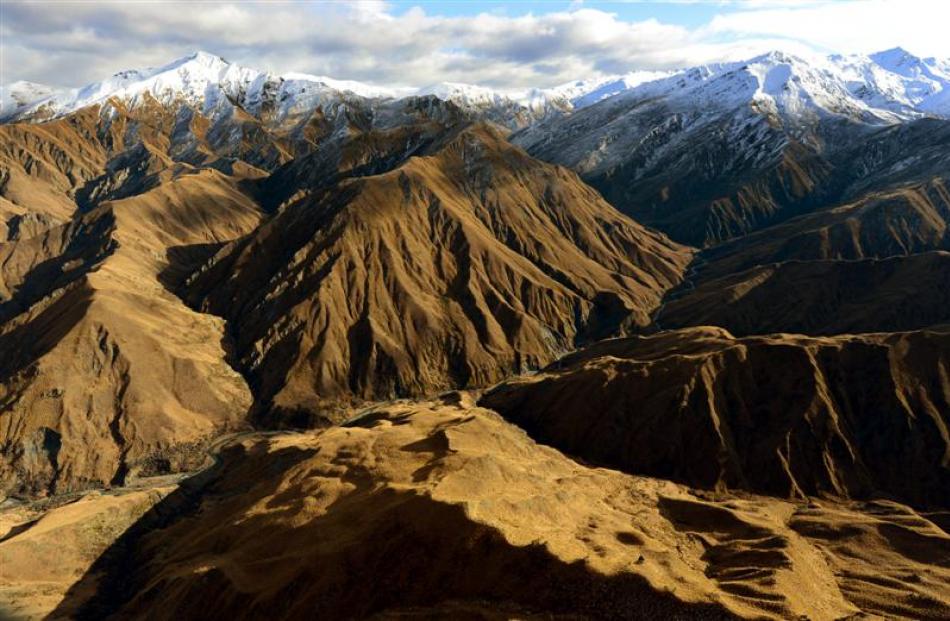 Looking up the Arrow River into Soho station.

More than 50,000ha of high country between Lake Wanaka and Queenstown will be protected in the largest conservation undertaking on private land in New Zealand's history.

In an agreement between the Queen Elizabeth II National Trust and a company linked with millionaire record producer Robert ''Mutt'' Lange, most of Motatapu, Mount Soho, Glencoe and Coronet Peak stations will be placed under protective covenants, effectively New Zealand's first national park in private hands.

Speaking at the agreement's announcement in Arrowtown yesterday, Minister of Conservation Nick Smith said Mr Lange's ''extraordinary act of generosity'' had made the day one of his most memorable in the portfolio.

The four stations, which are leased in perpetuity by Soho Properties Ltd, cover 53,000ha of land - equal in size to the combined areas of Paparoa and Abel Tasman national parks.

The covenants are expected to be formally registered early next year, after the completion of survey work and processing by the Commissioner of Crown Lands.

Dr Smith said the agreement showed the Government did not need to own every area of land with conservation values, and could achieve more by helping private sector conservation.

Little would be gained from having the land in a conservation or national park, as the covenants provided ''very strong'' protection - ''albeit the public is getting the benefit, but someone else is meeting the costs of the ongoing maintenance of the area''.

''We're ending up with 95% of these four huge stations in protection with good quality public access and improved visitor facilities.

''It's a real message to those who are point-blank opposed to overseas ownership that you need to be more flexible than that.''

Soho Properties lawyer Willy Sussman said he had been ''at pains'' to explain to Mr Lange the magnitude of what he was agreeing to.

''I was almost labouring the point - I asked him 'do you understand what this means?''

As well as being a ''musical genius'', his Switzerland-based client was an unconventional and far-sighted thinker who wanted to ''make a positive difference to the world''.

As well as protecting native plant and animal habitats and historic and recreation values, the agreement would formalise and improve public access to the area.

Soho Properties and the trust were working with the New Zealand Walking Access Commission, the Commissioner of Crown Lands, the Queenstown Trails Trust and local walking and mountain biking groups to further improve public access.

''It will effectively be New Zealand's first national park in private hands.''

It was also planting on river margins and fencing off waterways, wetlands, tussocklands and shrublands.

Russell Hamilton, who supervises operations on the four stations, said the covenants would accelerate the ''healing process'' already taking place on the land after the ravages of grazing, mining and rabbits since the 19th century.

Under an agreement between landholder Soho Properties Ltd and the Queen Elizabeth II National Trust, 53,000ha of high country covering 95% of Motatapu, Mount Soho, Glencoe and Coronet Peak stations will be placed under protective covenants.

The area is equal in size to the combined areas of Paparoa and Abel Tasman national parks.

Established in 1977, the QEII National Trust works with landowners wanting to protect special places on their land with covenants. Landowners own the covenant and retain responsibility for managing their covenanted land. Covenants are voluntary, but once in place, they bind the current and all future owners of the affected land.

Once the proposal is formally registered, the total area protected by covenantors across New Zealand will grow to more than 178,000ha - about the same size as Stewart Island.

The Motatapu Challenge multisport event is held annually across three of the stations.