Gigatown's benefit must be 'shared' 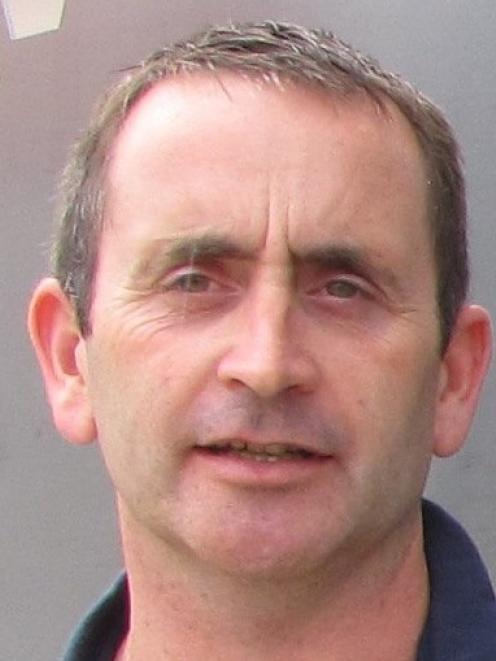 Alistair King.
Dunedin now has a ''big responsibility'' to share its Gigatown success with the wider region, a Gigatown Wanaka campaign leader says.

Speaking to the Otago Daily Times yesterday [Thursday] from Wellington, where the winner of Chorus' Gigatown competition was announced on Wednesday evening, Wanaka Chamber of Commerce president Alistair King said Dunedin had made ''a lot of promises'' since being named New Zealand's first Gigatown.

''We certainly hope that they can live up to those promises and make sure whatever they do filters out to the regions.''

''Dunedin is the capital city of Otago and houses our university, research institutes, major hospital etcetera. So we are looking to enjoy and share in those benefits they should gain from winning Gigatown.

''They've actually got some big responsibility now to make sure they do push that out to the whole of Otago and not just keep it for Dunedin.''

Chorus/Gigatown representatives yesterday said they did not have a video copy of Dunedin Mayor Dave Cull's acceptance speech - which was streamed live on the internet.

But Mr Cull's speech notes said a huge part of winning the competition would be about connection and collaboration with other towns and regions.

''I look forward to the fruits of this win being shared and leveraged for the benefit of communities right across New Zealand,'' the notes said.

''We were all in this Gigatown competition together and Dunedin intends for us all to enjoy the benefits.''

Mr King said while the Wanaka campaign team which attended the Wellington function this week was initially ''pretty devastated'' not to have won, they were ''probably more excited now than what we were'' after talking to Chorus hierarchy, internet providers and other key stakeholders about future possibilities.

Despite missing out on the Gigatown crown, the group is setting about implementing its ''Plan for Gig Success'' submitted as part of their competition entry and overseeing the installation of UFB-capable fibre in the town centre.

The group is also opening business incubator ''The Cell'' in the former Wanaka police station where entrepreneurs will have access to office space, mentoring and private equity investment contacts.

''There needed to be a plan that was quick and nimble enough that even if we didn't win we were able to take it forward anyway,'' Mr King said.

''It's now more about making sure we give back to the community what they've given to us and putting that plan into effect.''

He said things happened during the competition which had disadvantaged Wanaka, including a change of rules in the finals round which meant points were no longer population-adjusted, leaving Wanaka battling it out against populations nearly 20 times its size.

''[Those factors] certainly pushed it away from us, there's no denying that, and all parties and stakeholders know that.

So we've let Chorus know how we feel about some of those factors over the course of the last few months and we'll certainly be following them up.

''But look, at the end of the day, the decision's been made and we've just got to move on and get on with what we need to do.''

Queenstown Lakes Mayor Vanessa van Uden said Wanaka's ''magnificent'' campaign had shown how the spirit of a small and dedicated community could overcome any obstacle, except sheer weight of population.

''I am confident that the impact of their commitment and engagement will live on through initiatives like The Cell and will still be a significant catalyst for economic development,'' Ms van Uden said.