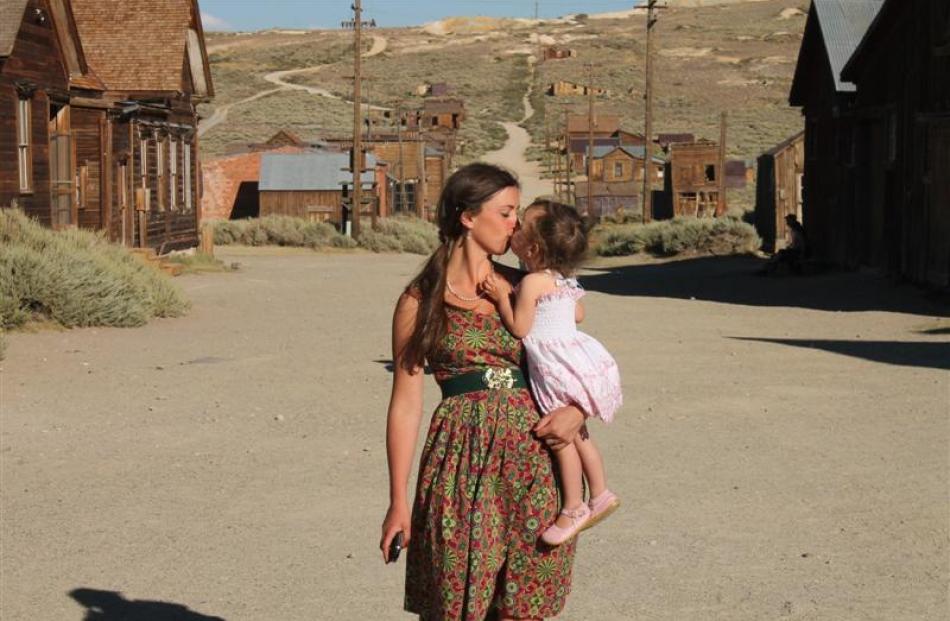 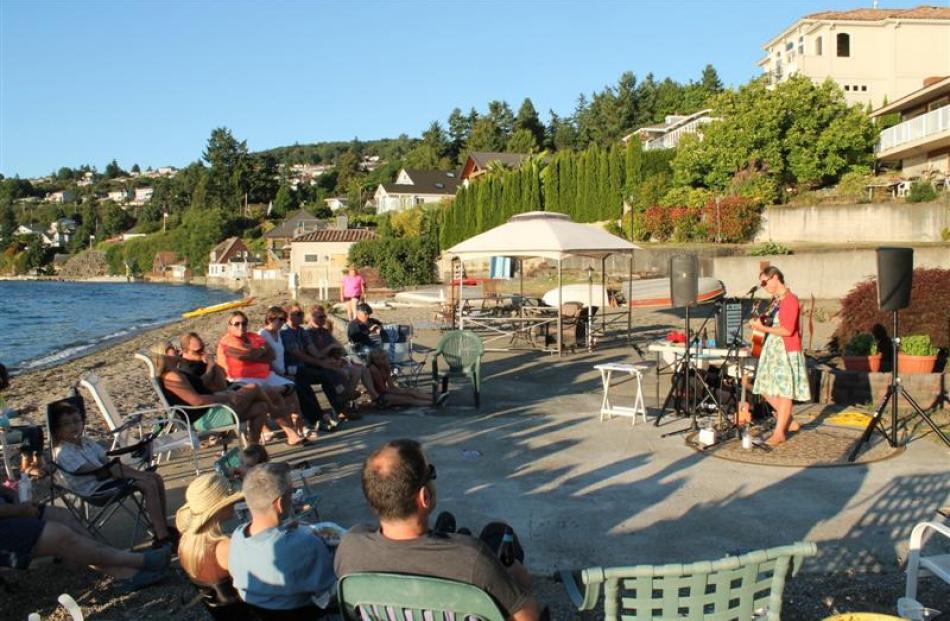 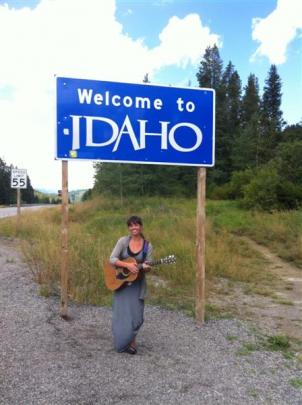 A song for Idaho.

Two-thirds of the way through her sustainable musical road-trip across Canada and the United States, Lake Hawea singer-songwriter Anna van Riel says the 15 months spent planning and fundraising for the experience has all been worth it.

''I can't believe we did it. That we're here. It's been so much cooler than I anticipated.''

This week, the trio have been camping at Yellowstone National Park, in Wyoming, then on to Montana, before heading back to Canada this weekend for a string of shows around lower British Columbia over the next few weeks, including one in a sustainable housing community on Vancouver Island.

Continuing the contra-trading theme which enabled them to raise around $40,000 needed for the trip, the couple have paid for their room and board across North America by helping out around their hosts' homes - for example, Mr Urquhart, a builder, recently made an extension to a potting shed in Colorado, while Ms van Riel helped in the garden.

Matilda, meanwhile, had developed a mid-concert habit of ''stripping off, doing a kazoo solo and then mooning my audience, obviously stealing the show'', her amused mother reported.

High points of the tour so far included being given a van in Vancouver, camping in the Redwood forests in California, op-shopping in San Francisco, ''dodging deer'' in Yosemite National Park, night driving through Nevada and sharing and learning sustainable practices and ideas.

The hospitality shown by hosts and audiences and the connections made had been the highlight.

''People have given up their rooms for us, adopted our child, made us part of their family and taken time out. That's been the biggie.

''It's made me realise how time is the most precious gift you can give to someone. We're all so plugged in and in a rush these days. I can't wait to get home and put my hands in the dirt.''

The couple have been filming the tour so they can make a mini documentary when they return to Lake Hawea at the end of this month. And Ms van Riel is planning a house concert tour of New Zealand this summer, with the first gig already booked at the Mussel Inn in Golden Bay.