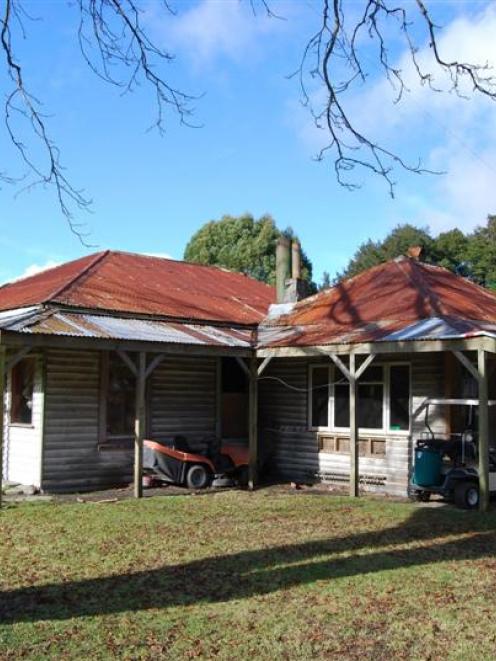 The main historic homestead is set for long-awaited, major conservation work this summer.
A contractor has been hired and preparatory work is expected to begin in early December on a restoration of the 125-year-old Paradise House, near Glenorchy.

The project has been hailed as the most extensive and delicate historical conservation effort in the Wakatipu in decades.

It is expected to take seven months and has a budget of $750,000 from grants, trusts, fundraising, outbuilding rentals and film-making leases.

Glenorchy and Wanaka-based Mike Kingan Builders Ltd will have about three carpenters living and working on site for the duration.

The Paradise Trust intended to faithfully restore the dilapidated property for use as high-quality backpacker-style accommodation, as well as a community resource centre, museum and gallery.

Mr Kingan said not many class one historic places projects had the funds for such work.

"The biggest task to start with is repiling. We've contracted housemovers to lift it 2m off the ground so we can get under and then put it back down again to the original height.

"Water has been running under the house so much it's sunk. We can't physically get under it."

Mr Kingan said correcting the roof lines, installing new timber members beside or to replace original damaged timber, rust stripping and repainting the roof to the original colour were some of the initial jobs to tackle.

"It's about making sure we have the least possible impact on the old building to achieve the maximum effect of making it sound.

"The approach is to delicately cut out and repair, not remove and replace with new material. It's making sure whoever works on the project has the same philosophy, which Mike Kingan has."

Paradise Trust chairman Bill Dolan said the project was on schedule and it was essential conservation work began as soon as possible.

"There's many aspects to it but they're falling into place. The applications for building and resource consent are well advanced, there are just a few details dealing with fire protection measures we're hoping to get sorted out in the next week."

Paradise House is found in the Dart Valley, between Mt Earnslaw and Mt Alfred, on 129ha about 16km north of Glenorchy.

William Morris, New Zealand's first government architect and later mayor of Dunedin, built the house as his rural retreat in 1883.

Paradise House changed hands several times over the years and was most often used as a popular commercial guesthouseIt was entrusted to Paradise trustees in 1998 who are responsible for conserving and protecting the property while encouraging sustainable public education and recreation.