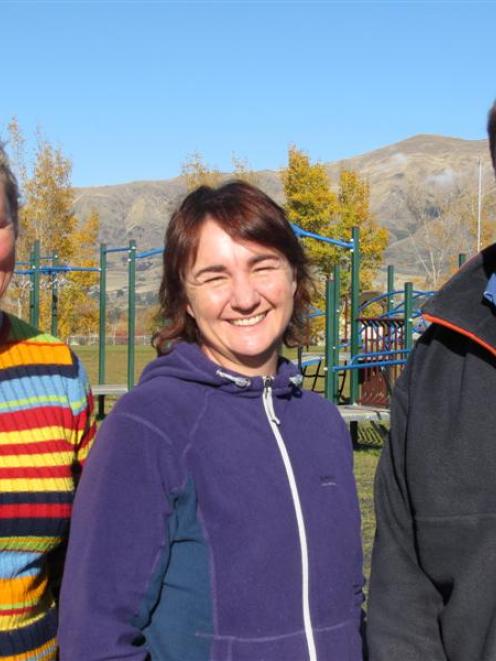 Wanaka parents Claire O'Connell, Leanne Little and Jason Pryde are on the committee of the new Upper Clutha sub-branch of the Central Otago Special Olympics Club. Absent is Craig Harding. Photos by Marjorie Cook.
Game On Everyone, a new recreation club for Upper Clutha people with intellectual disabilities, hopes to improve links between sports clubs and families so members can have more opportunities for achievement and competition.

The Upper Clutha club is a sub-branch of the Central Otago Special Olympics Club and will hold a membership drive at the Wanaka Bowling Club on May 27.

Parents had now decided to take the project a step further, after a meeting last year attended by 20 people.

Mr Pryde said Wanaka and its surrounding districts was regarded as a recreational "paradise" and the parents wanted their children to enjoy it too. 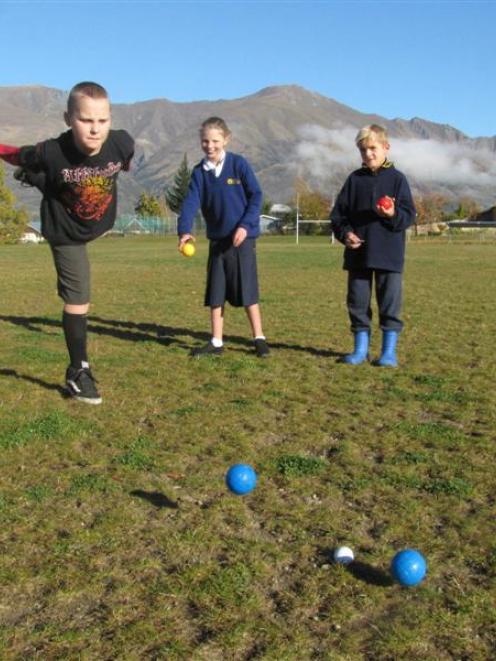 Members of the new club, Ferdia O'Connell (11) and Shenee Pryde (12), try petanque.
Claire O'Connell said it had been exciting last year to see her son, Ferdia, participate in sports alongside his peers and to compete at cross-country skiing at the Snow Farm for the first time.

"We have been talking about doing something like this for years," Mrs O'Connell said.

Cardrona Alpine Resort already had an adaptive ski programme and hoped to trial a pilot programme for children with intellectual disabilities, she said.

Game On Everyone included all people with intellectual disabilities, regardless of age.

The club's goals included building self-confidence, self-esteem and a sense of achievement, while providing pathways to competition, if that was wanted.

Mrs Little said while the growing Upper Clutha population was still small (2006 Census 7002), there were "quite a few" people with intellectual disabilities living in the community, including a "high proportion" of children on the autism spectrum.

T• he Game On Everyone club information day will be at the Wanaka Bowling Club on May 27 between 3pm-5pm.