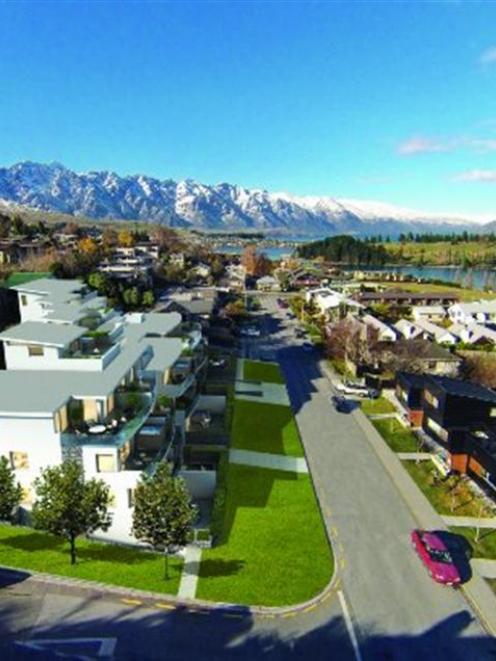 ''Freshwater'', in central Queenstown's Hallenstein St, will feature 16 homes on five levels, on the corner of York St.

Six penthouses will set buyers back upwards of $1.3 million each.

Australian developer Lachlan Francis said four apartments were already under offer - which was ''terrific and unexpected''.

''Obviously Queenstown is going through a major transformation ... and we foresee these major changes continuing for several years.''

''That's why we included the pool and spa in the complex. It's more than just a point of difference.

''Hallenstein St is well-regarded and I think we are doing everyone a favour knocking over our old weatherboard shack, although many people have fond memories of numerous parties that have been held there over the years.''

Impact on neighbours was judged to be ''less than minor''.

Mr Francis said Amalgamated Builders Ltd would start by the end of January and the project would be completed by mid-2017.