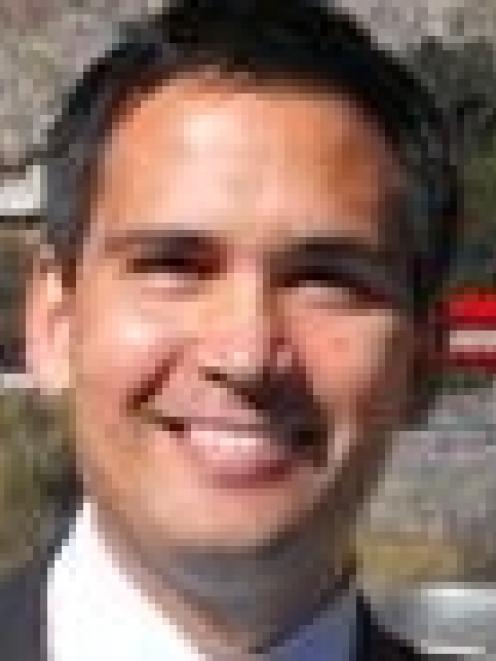 Simon Bridges
The battle of the bridge appears to be over.

Members of a Queenstown lobby group campaigning to replace the ageing one-lane Kawarau Falls Bridge with one about 2km further downstream admit they have run out of options.

Construction is set to start late this year.

Mr Bridges says the case for the bridge in its current location ''stacks up'' economically, but politics had a part to play in the decision.

Group member Kirsty Sharpe said it was the ''end of the road'' for the group's fight, while fellow member Hudson Turnbull said the district's residents would suffer as a result of the decision.

Mr Turnbull also accused the New Zealand Transport Agency of ''misinformation and skulduggery'' in its handling of the issue.

The group wanted the bridge built downstream to link with the future eastern arterial road, relieving congestion in Frankton.

In April it persuaded the Queenstown Lakes District Council to ask the agency to review its choice of site.

When the agency announced in June it was sticking to its original plan, the group took its fight to the Minister.

During a July 29 conference call, Mr Bridges urged the group's members to be pragmatic.

''The project's very much about runs on the board now prior to - if we can be very blunt about it - the 2017 election,'' he told them.

''If you're getting a roading solution to something, even if it's not your first best one, I reckon you're better to take it, and then keep asking for the one that you want.''

Mr Bridges told the Otago Daily Times his comments about the project's political context were a case of ''appealing to their pragmatic side''.

''This was a 2014 election commitment by the Government. But actually, in terms of the NZTA and Government's position, I don't think it is that pragmatic - the case for the bridge clearly stacks up on the congestion numbers.

''That it's also an election pledge simply adds to that strong case.''

But Mrs Sharpe said the minister also told them he ''didn't doubt'' he could ring-fence the project's $25million funding.

That had raised their hopes the project could be delayed to allow further consideration of their alternative site.

But Mr Bridges told the ODT ring-fencing the funding was not possible.

''If the Kawarau bridge isn't built, the funding would be reallocated to another project somewhere else in the country that is ready to go.''

The group had made a good argument for a second Kawarau bridge in the medium to long term.

''My encouragement to them is to continue advocating for the project, because the Central Otago region is one of the fastest growth areas in New Zealand and it has a strong claim to make for further infrastructural investment.''