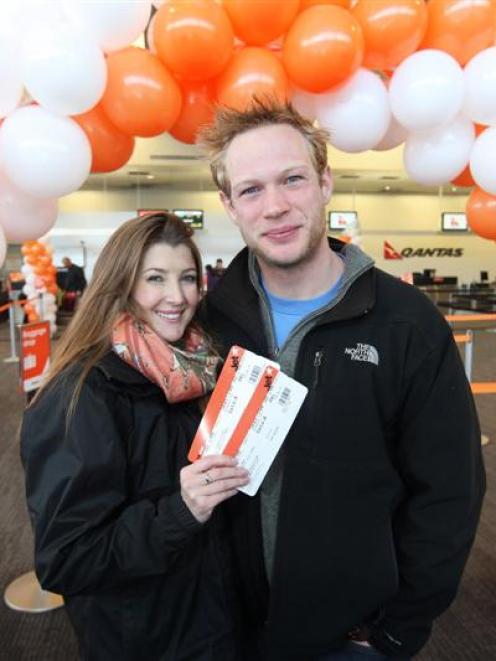 ''With Jetstar contributing more than 35% of the airline traffic servicing Queenstown, Jetstar has become a key partner for the airport and the Southern Lakes region,'' Mr Paterson said.

Jetstar had more than doubled its services in and out of Queenstown in the past four years and Jetstar passengers numbers had steadily increased, he said.

''In the last 12 months alone, more than 400,000 passengers have flown a Queenstown route on a Jetstar aircraft.''

''Queenstown is an iconic and aspirational year-round destination for all New Zealanders,'' Mr Hall said.

''With up to 20 direct flights a week from Auckland and Wellington, it's a very important part of our domestic network and we're delighted that our affordable fares are allowing more and more Kiwis to fly there for a holiday.''

The airline began with domestic services between Queenstown and Auckland and Queenstown and Christchurch in 2009. It launched international routes in late December 2010.

''We enjoy working with Jetstar, and their regular introduction of new services and schedules, as well as their promotion of the region, have been invaluable in helping to build and service visitor demand.''

Jetstar will boost its schedules with up to 30 weekly domestic services and seven weekly international services for Queenstown-Sydney and Queenstown-Melbourne this winter.

June 2009: Jetstar starts its service in Queenstown with Queenstown-Auckland flights and Queenstown-Christchurch flights.