Pool costs will be higher 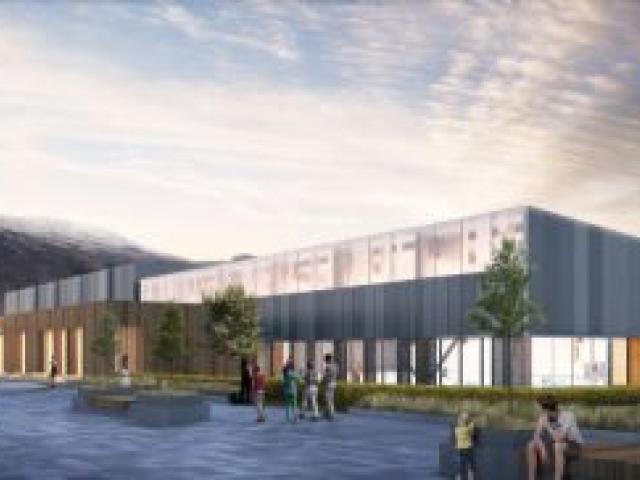 An artist's impression of the new Wanaka pool. Image supplied.
Hopes the average rates rise to pay for Wanaka's new $11.8million swimming pool might be little more than $100 per year appear to have evaporated.

During the debate over whether the pool should be built or not, the Queenstown Lakes District Council worked on an ''indicative'' increase of $184.05.

However, deputy mayor Lyal Cocks, Wanaka Community Board chairwoman Rachel Brown and others said they would be more comfortable with an increase of about $100.

After seeing figures obtained by the Otago Daily Times from council chief financial officer Stewart Burns this week, Cr Cocks conceded the $100 ''may not be achievable''.

He described the $100 figure used during the pool funding discussion as an ''aspirational target''.

Explaining the difference between a $184.05 increase and a $100 increase this week, Mr Burns said the $184.05 figure assumed the capital cost and the pool's operating deficit would be covered by. -

However, to reduce the figure to $100 would add $8million to the fundraising target, bringing it to $10.77million.

Ms Brown said yesterday she was not the person who came up with the $100 suggestion.

''I've never had a figure in my head. I've just wanted to reduce it as much as possible.''

Ms Brown said she knew of Upper Clutha people who struggled with every cost increase.

''The people that $100 isn't much to have no concept of the people I know who live day-to-day and every dollar counts.

''I'm still committed to just try and find other ways of funding it, not just go to the ratepayer.''

Cr Cocks said recent ''tidying up'' of the pool's design had decreased the average rate increase to about $170, and he hoped, ultimately, the increase would be in the region of $130-$150.

The pool fundraising group is made up of Cr Cocks and Cr Callum MacLeod, although Cr Cocks said it could be broadened at some point.

He was ''lukewarm'' on a suggestion a professional fundraiser be employed to raise the money.

Applications had already been made to the Central Lakes Trust, the Otago Community Trust and other funding sources, and it was hoped to complete soon a ''prospectus'' indicating the opportunities for naming rights and sponsorship for both the pool and the Wanaka Sports Facility.

Members of the Wanaka business community and others could expect some ''shoulder-tapping'' in the months ahead, Cr Cocks said, and his door was already open to prospective sponsors.

Cr Cocks said aside from fundraising, a good portion of the $2.77million was likely to come from the sale of three pieces of council land - residential land at Scurr Heights, the former sewage treatment plant in Ballantyne Rd and the swimming pool next to Mt Aspiring College.

• By the ODT's count, 325 public submissions on the pool last year were from people who said they were willing to pay the $184.05 increase, or a similar amount, and 109 were from those who were not willing to.