Resort in line for super season 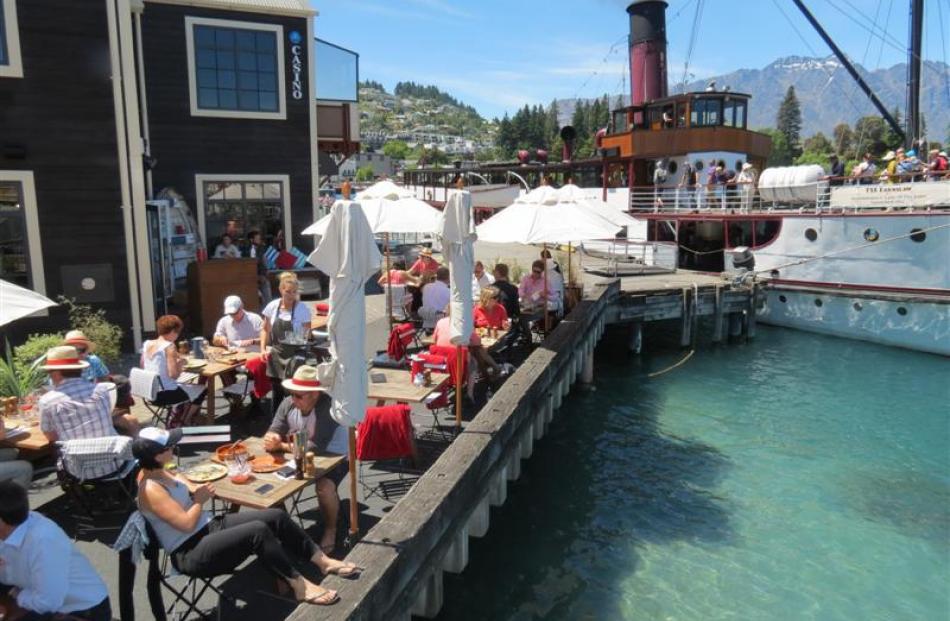 Tourists lounge in 18degC sunshine on the beach of Queenstown Bay yesterday. Sun and rain is forecast for this week and rain predicted for next week.

The number of guest nights, the average length of stay and overall occupancy all shot up in Queenstown in November, which bodes well for a bumper summer season.

November guest nights rose 12.6% on the previous year to 216,640, according to the latest commercial accommodation monitor compiled by Statistics New Zealand.

Destination Queenstown chief executive Graham Budd said yesterday the results ''are very positive and it's pleasing to see the continued growth that the region has been experiencing''.

Domestic passenger numbers were down 3.1% compared with November 2012.

The corporation attributed the drop to reduced services from Wellington and Christchurch.

However, international passenger numbers continued month-on-month growth - up 47.3%, or 5766, compared with November 2012.

Queenstown hosts about 2 million visitors a year, 48% international and 52% domestic.

Its peak seasons are late December to March and July and August.