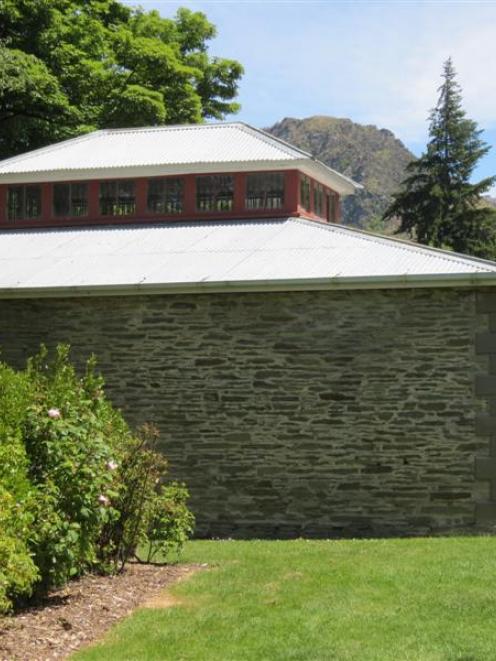 The time-worn exterior of the 137-year-old Arrowtown Jail. Photo by James Beech.
A blueprint for an estimated $180,000 restoration has been drawn to save the only gold rush-era jail remaining in New Zealand.

The draft conservation plan by architect and conservator Ian Bowman, of Nelson and Wellington, defines the materials, describes the conditions and proposes time frames for the repairs to the Arrowtown Jail, the first restoration challenge the Wakatipu Heritage Trust has set itself.

The building and land at 8 Cardigan St are the property of the Crown, but have been controlled and managed by the Lakes District Museum as a reserve for historic purposes since 1961.

Mr Bowman reported on the condition of the jail in 1989, 2001 and again for this 2013 document and he goes on to examine its construction and materials.

The stone and concrete jail on the police reserve was built in 1876. Mr Bowman said the style of the building, with its Otago schist exterior, was derived from the Georgian, with the main characteristics being simplicity and symmetry. The jail was renovated 100 years later in 1976 when it began to become a historic attraction under the auspices of the museum, while also occasionally used by police.

Two men locked up for drunkenness in 1987 caused $378 worth of damage and the jail was not used by police again. Interior plasterwork repairs were made in 1994-95, but Arrowtown Jail has not been significantly restored since then.