Sludge not 'suitable' for worms 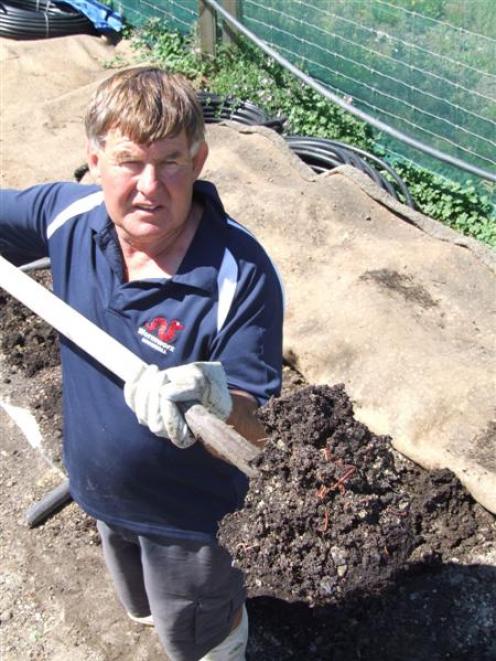 A test of the sludge by Soil Foodweb, a global microbiology testing organisation which has a laboratory in Roxburgh, has found the biosolid waste contains no beneficial organisms which will be conducive to soil or plant life.

The QLDC has distanced itself from the tests - commissioned by Cromwell worm farmer Robbie Dick - and maintains its preferred option for the disposal of the sludge is to store the product for 12 months then spread it on farms.

The Soil Foodweb findings also are at odds with a decision from the Otago Regional Council in January 2010, which granted the QLDC a discharge permit for the disposal of sludge to land.

"Pathogenic organisms present in the sludge do not typically survive in the soil environment. Pathogens are not expected to have an effect on groundwater quality in the area ... the effect of pathogens on soil and plants will be insignificant," the ORC's decision states.

Soil Foodweb laboratory technician Cherryle Prew said she conducted tests on the sludge which found no "active aerobic" organisms in the product - generally beneficial for soil and plant production.

Aerobic organisms were dependent on oxygen and the absence of these in sludge samples provided by Mr Dick was worrying, she said.

The absence of healthy organisms was a "big warning sign" because in their place would be an abundance of harmful "anaerobic organisms which tend to be the types which cause disease".

"If it was my land I wouldn't put [the sludge] on it. Basically it needs to be able to support life before it can go to land."

The sludge had "potential" and was capable of being a good product for the soil, but needed to be mixed with a material or left to compost - methods which would allow oxygen to enter the biosolids, she said.

More tests were needed to ascertain anything harmful.

QLDC solid waste manager Stefan Borowy said it was "difficult to comment" on the findings of the tests given the council was "in no way involved" and Mr Dick had commissioned Soil Foodweb "off his own bat".

He questioned whether Mr Dick had an ulterior motive in trying to discredit the QLDC's preferred option for the discharge of sludge, "given he wants us to pursue his methods".

Mr Dick said he decided to commission laboratory tests on the sludge to find out why it had killed a batch of his worms during ongoing trials he is conducting on the treated biosolids.

"I wanted to know the reasons why [the sludge] wasn't suitable for worms. [The lab] gave me reasons why not," he said.

He acknowledged the QLDC wanted to follow its own agenda for disposing of the sludge, but questioned whether the product would ever be suitably treated to make it safe enough for use on farmland.

"They are hellbent on developing their own preferred method," he said.

A test sample of 4cu m of sludge provided to him by the council more than three months ago was still proving detrimental to his worms.

"If it is affecting them, then it will also harm other organisms in the soil," Mr Dick said.

The QLDC was aware of the pathogen levels in the treated biosolids and its preferred method of storing the sludge for 12 months before it was discharged to ground would give time for the harmful organisms to break down, Mr Borowy said.

The QLDC was still discussing options with Luggatefarm owners about the potential to store and dispose of sludge to land.

"There is still a long way to go before we are in a position to apply for land-use consents," Mr Borowy said.

The QLDC would commission its own independent tests regarding the application of its treated sludge to soils, vermaculture (wormcasts), and compost and these would be published once completed, Mr Borowy said.