Timaru crew the kings of Wakatipu 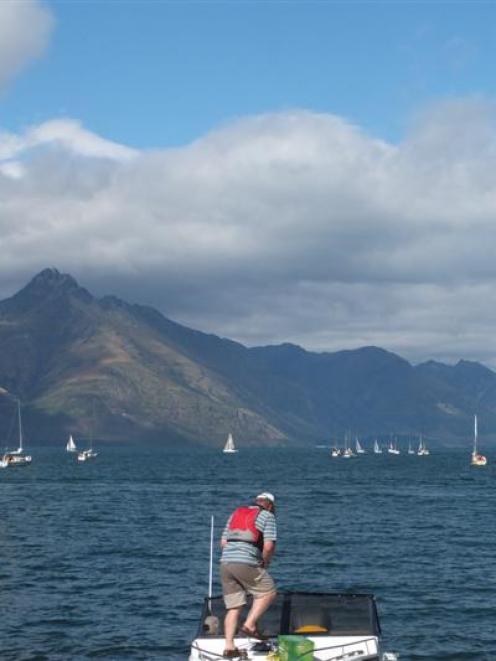 Freak Brothers, skippered by co-owner Bill Frater, with co-owner and tactician Wayne Morgan, forward-hand Robert Ley and apprentice Paul Wilkins, all of Timaru, was the first to cross the finish line of the classic in four hours and 48 minutes.

An unrecorded crew from Dunedin in the boat Garfield took the handicapped second place with a finish in six hours and 53 minutes, while Hyperactive, with a crew including skipper Gavin Shaw and Alex and Karen Bruce, all of Queenstown, came in handicapped third in four-hours and 51 minutes. 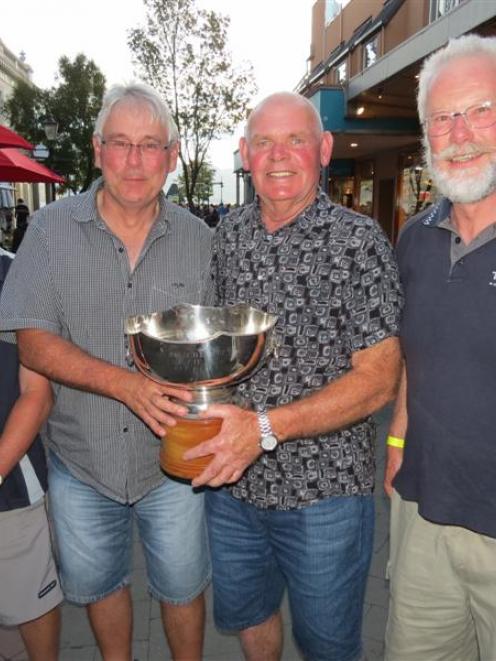 Timaru sailors (from left) apprentice Paul Wilkins, boat co-owner and tactician Wayne Morgan, co-owner and skipper Bill Frater and forward-hand Robert Ley, of the boat Freak Brothers, display the coveted Donald Hay Classic trophy they won after the race on Lake Wakatipu on Saturday. Photo by James Beech.
The Queenstown to Kingston race attracted 25 competitors for its 34th year on Saturday. Earlier on Friday, Pub to Pub competitors left the Ballarat Trading Company gastropub in Queenstown at 11am and sailed from Queenstown Bay to arrive at the Kingston Flyer Cafe and Bar between 2pm and 4pm.

Les Rogerson, of Arrowtown, took part in the race for 30 years before his doctor said it was time to slow down, but he still knew the tricks of the trade.

''It is a bit like the America's Cup, they don't want to give anything away until the last minute.''

The key to a good run to Kingston and back changed every year and depended greatly on the wind, Mr Rogerson said.

The fastest time in 34 years was an impressive two-hours and 20 minutes. However, any time under three hours was good, he said.

Conditions on Friday were fine with a moderate southwesterly.

The winner was presented with a token bottle of rum.