Time to clean up act over alcohol 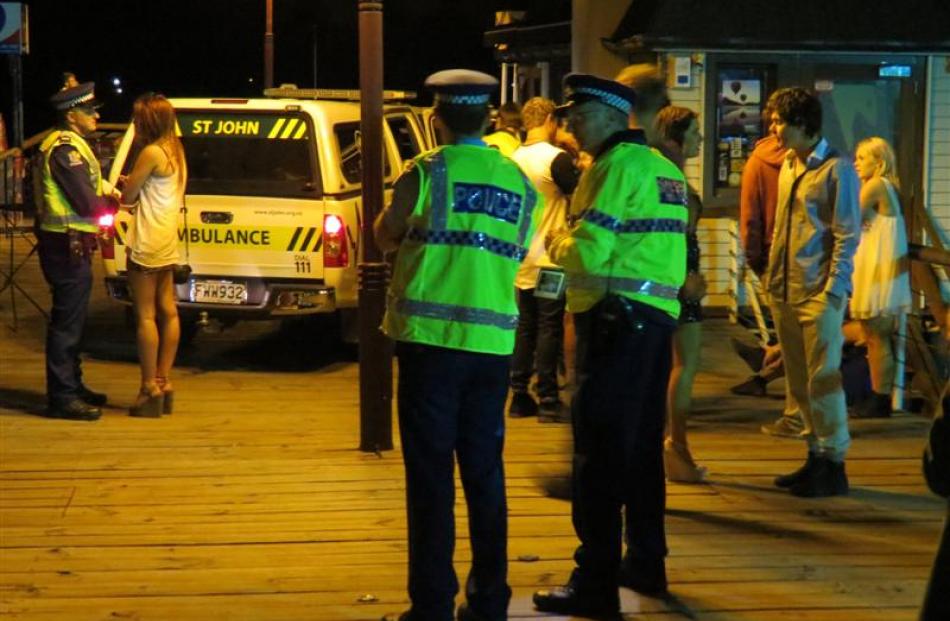 Southern police had to carve a path through the throng of people for St John ambulance officers to attend an emergency on the Queenstown jetty after New Year's Eve celebrations. Photo by James Beech.

Perceptions of Queenstown being a town full of ''drunken violence'' may be wide of the mark. However, there is no denying there are issues with alcohol and violence in the resort - just as there are the length and breadth of New Zealand. Otago Daily Times Queenstown bureau chief Tracey Roxburgh talks to Queenstown Lakes Mayor Vanessa van Uden about the resort's set of unique issues and what can be done. 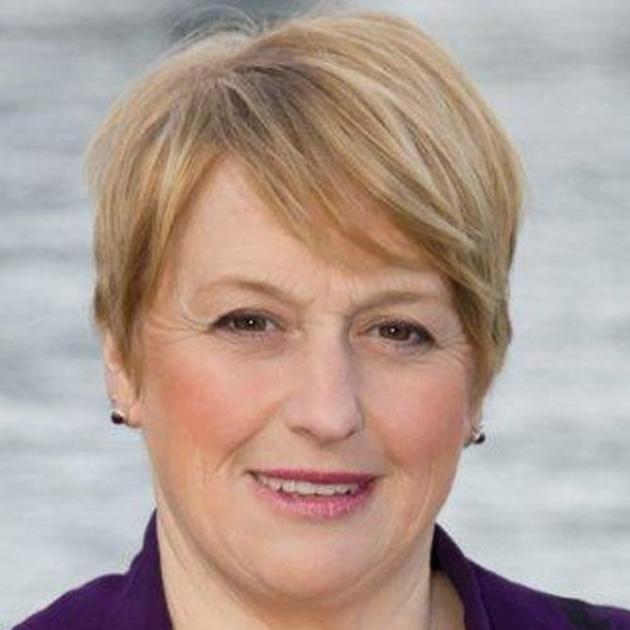 Queenstown Lakes Mayor Vanessa van Uden
It is a Saturday night in Queenstown and the CBD is humming.

Bars are packed with residents and visitors - some out for a ''couple of quiets'', others out for a ''massive night''.

The streets, too, are busy - some people on their way to another bar, some on their way home and, inevitably, some arguing their sobriety with door staff who refuse them entry.

While most will admit - eventually - they have had one too many and should probably call it a night, heading to the nearest food outlet and stocking up before making their way home, others will make the wrong decisions, the sort that sees them facing assault or disorderly behaviour charges and appearing in the Queenstown District Court on a Monday morning.

Decisions that could see them end up in prison, or confined to their homes; the fight - that seemed entirely justified at the time, but which they have no recollection of the morning after - which had life-altering consequences for the person they took their booze-fuelled aggression out on and that person's family.

It is, in every respect, a typical Saturday night in Queenstown - and the scenario could be applied to any town or city the length and breadth of this country.

However, headlines about alcohol-fuelled violence in the resort seem common.

Stories about defendants - often male, often from overseas - who are described as ''highly intoxicated'' by their lawyers and can offer ''no excuse'' for their behaviour because they have no recollection of the incident, who are ''embarrassed and remorseful'' and this type of behaviour is ''completely out of character'' occupy the court pages every week.

The leader of Queenstown Lakes, Mayor Vanessa van Uden, says as a community it is time to clean up our act.

"I think the drinking problem is our attitude to alcohol, [people who say] 'we're having a big night out'.''

"I'm not saying you shouldn't have a good night out, but just look at how people's attitude to smoking has changed - it is been made socially unacceptable to smoke.''

"How you behave between two and three [drinks] and 15 is never going to be different.

"You go into it knowing what the outcome is going to be.

"You're making the choice.''

However, the community as a whole had a responsibility to protect others - and the police, licensees and patrons all shared the load, she said.

''I'd like to think we [the council] have got a good working relationship with the police.''

The majority of our licensees ... they're doing a good job and want to do a good job.''

The people that choose not to be responsible and [not] accept their responsibility, we need to deal with them and work with them.''

It is not as if the council has washed its hands of the issue or put it in the ''too hard'' basket.

In fact, it is been proactive and for several years has worked with licensees, the police and others to keep people safe, while ensuring they enjoyed their Queenstown after-dark experiences.

Recently, the council conducted an informal, online, anonymous alcohol survey, which will help its decision as to whether or not the district needs to adopt a local alcohol policy, and if so, what form it will take.

Options on the table include a one-way door policy and earlier closing times.

In Wanaka, the council is trialling an ''out of one, out of all'' system, where patrons refused from one bar are unable to enter any others in the town.

The introduction of ''Mellow Yellow'' in Queenstown about 18 months ago, kitting out all door staff and community guides in high-vis yellow vests, giving the impression of an increased security presence across the resort, had worked to an extent.

However, the issue of violence in the resort is not easily fixed.

Part of the problem is getting intoxicated patrons off the streets.

''They're out of bars [or] bars are shut and they're hanging around the streets. The thing we quite often find is drunk people are often in the position of being aggressive and violent,'' Ms van Uden said.

The other issue was ''the messaging''. Tourists who came to Queenstown, both domestic and international, had fewer inhibitions.

Combined with too much alcohol and a ''what goes on tour'' attitude, the consequences were often a visit to the Queenstown police station, a night's accommodation in the cells and an appearance before a district court judge, who has tired of hearing the same stories week after week.

''There are issues with alcohol the length and breadth of this country - and not just this country,'' Ms van Uden said.

''I don't think for one second we can hide our head in the sand and say things don't happen here. They do.

''The headlines about violence need to be balanced with the fact there are 28,000 people in this district.''

''But we have some special cases here ... it's the nature of the community.''

''There is something about the messaging - come here for a good time, but respect that this is our home.''

Booze Control: Stop and Think
For most of us, the season for eating and drinking to excess is over for another year.

But for some, there will still be court cases to deal with.

The violence, the misdemeanours, the stupidity of the night will be carefully transcribed into legal jargon and laid out for judge or jury.

Often, those charged will bring another offender into the dock: Alcohol will be asked the share the blame.

The fuel to our fun-filled nights always gets a bad rap during the anguish of the day after.

New measures to curb its influence were introduced by the Government and local councils. The debate continues over whether they are too little or too restrictive.

The Otago Daily Times today introduces a series - ''Booze control: Stop and Think'' - which highlights the issues facing communities and poses questions about our drinking culture and the associated harm and violence.

Judge Kevin Phillips highlighted the issue in the Queenstown District Court late last year. His comments included an appeal to the community: ''We have ongoing violence in bars in Queenstown ... every weekend serious violence. When are we going to stop condoning it?''

Otago Daily Times reporters have been taking stock of the place alcohol has in Otago society - beginning with Queenstown.

A study last year revealed staff at the resort's hospital at Frankton saw 470 alcohol-affected patients in one 10-month period - more than 10 a week, on average.

The series
Monday: Queenstown police say it is time we started taking better care of our mates.

Thursday: Why education programmes are not the answer.

Saturday: University of Otago stands up.